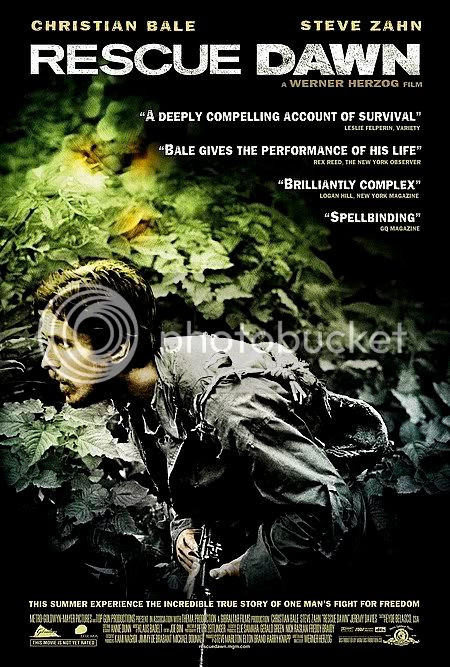 Werner Herzog’s style of filmmaking is a very interesting one. He doesn’t seem to believe in relying on special effects to transport us anywhere. If he wants his film to take place in the middle of the Amazon Jungle, he’ll take his cast and crew and film the movie in the freaking Amazon. For real. He did it in Fitzcarraldo. He did it yet again in Aguirre: The Wrath of God. Hell, Cobra Verde took place in Africa, and guess where he shot that one? That’s right; the guy went to Africa and shot the film with hundreds of African extras. They guy is a very committed filmmaker and the results are often times incredibly rewarding. He transports us to places that no special effect can. This is one of the main reasons I hold Herzog in such high regard. I often ask myself why so many filmmakers rely so heavily in fake sets and computer animation nature holds the best sets in the world. And they are for free! Herzog knows this and uses it to his advantage in his films. 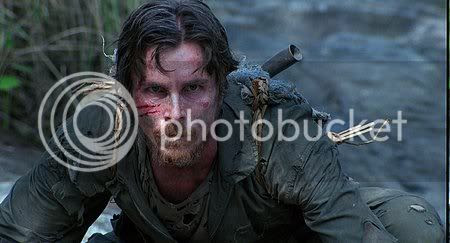 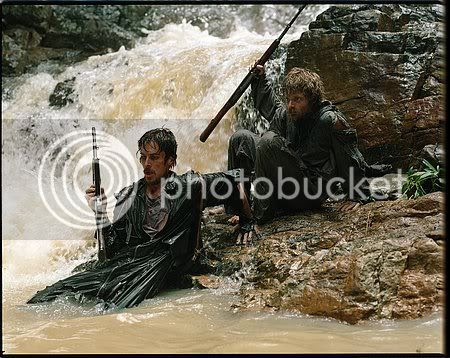 Deiter Dengler and Werner Herzog had known each other for years before this film came along. In 1997 Herzog made a documentary based on Denglers true life story called Little Dieter Needs to Fly, which I haven’t seen yet, but will definitely be checking out now that I’ve seen Rescue Dawn.

One thing that surprised me about this film was that Herzog actually used digital effects on this film. Its something he had never before recurred to in any of his films, not even in films you would expect him to use them in like for example Nosferatu: Symphony of the Night. But I guess the cgi effects were justified: the planes that were needed for the scene no longer existed, so he had to orchestrate the whole crash sequence with the aid of CGI. Another thing was that he shot the film in Thailand, when the story really took place in Vietnam. Also understandable since I doubt the Vietnamese would let him film there, considering the film portrays them as heartless savages using torture techniques on their prisoners of war. 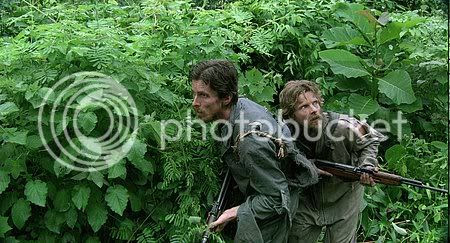 A film like this relies heavily on its performances, and having Christian Bale on its cast didn’t hurt the film at all. As always, Bale dives entirely into character becoming completely unrecognizable. I’m always amazed at how Bale can do this, but all of his performances are different. Every character he has played is unique somehow. He did it again with this film. Deiter Dangler is an inventive guy, a survivor, and a guy who keeps his spirits up no matter how deep “in the shit” he is. I loved his character. Steve Zahn also outdoes himself in this, one of his few dramatic performances. Normally, Zahn is in comedy films, but here he dives deep into a dramatic role. Both actors went through heavy weight loss to effectively portray these prisoners of war. Bale lost 55 pounds! Steve Zahn lost 40! Jeremy Davies lost 33! And Werner Herzog, not wanting to be left out and as an act of solidarity lost 30 pounds himself! 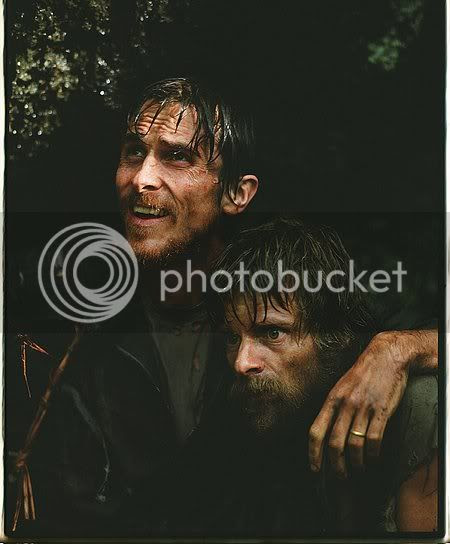 I have to admire these two guys, they really got into it. There’s scenes where the two characters are aimlessly wondering through the jungle, and you just know they are really in there amongst all those insects, snakes, plants…a deadly environment, and they really went into it. Bale and Zahn really did swim through a snake infested jungle! Herzog just loves making his actors really live through an experience, this often times turns in a real reactions from the actors and in turn, this gives us the audience a more credible and genuine performance. This was the case in this film as well! Bale and Zahn have to make their way through a thick jungle, get drenched in the monsoon. They even get leaches stuck on them! I do not doubt that these were real! Sucking the blood out of these actors! There’s a scene where the prisoners have to eat worms to survive, and Bale really dove into that opportunity, going down in cinematic history with other actors who have eaten worms and roaches, like Nicholas Cage in Vampire's Kiss, where Cage ate a cockroach on camera. Bale really gorged on those worms Ill tell you that. We all know how Bale can just dive into a character. Some of you might remember how he underwent heavy weight loss for The Machinist. His weight loss for that film was actually kind of scary, at times looking like a walking skeleton. I’m sure Herzog recognized this trait in Bale. I’m thinking Herzog saw in Christian Bale the kind of actor that goes all the way with his performances, doing whatever has to be done to make his performance that much more believable. And I’m sure that’s why he ended up doing this film. 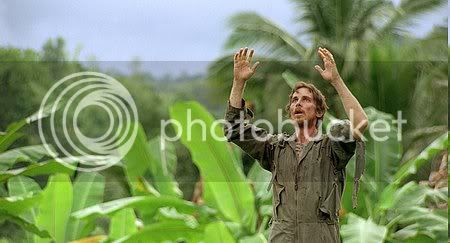 So this is one of those movies where the human spirit triumphs over incredibly difficult situations, where the only thing that kept Dieter Dengler alive was his hope and his will to survive. It reminded me a bit of Frank Marshall’s Alive! (1993) which is also an incredible true life story of survival under circumstances where you think the characters will not be surviving. Yet they do. An inspiring film, that speaks of the horrors of war. It makes you think about how absurd it all is, were all humans after all, living on the same planet, flying on this big blue spaceship we call earth. Why can’t we all just get along? 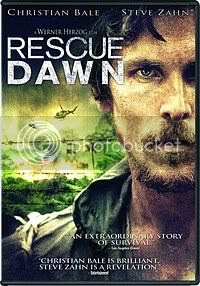