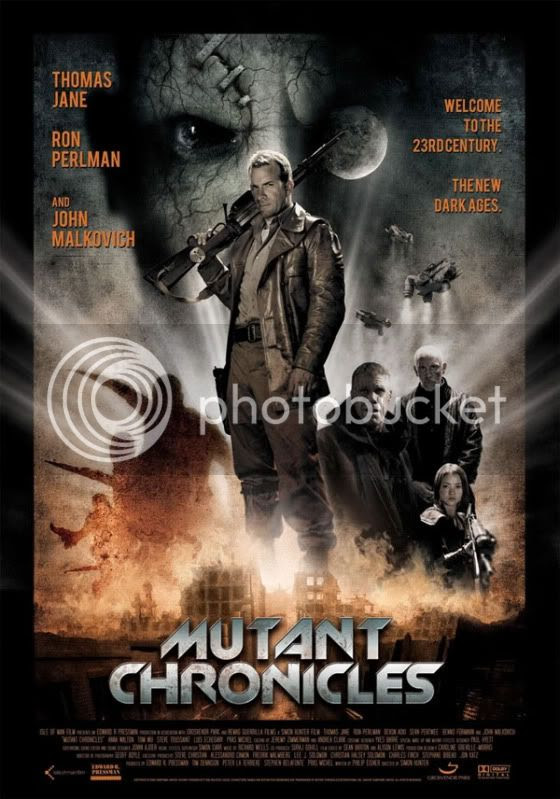 Title: The Mutant Chronicles (2009)
Director: Simon Hunter
Cast: Thomas Jane, John Malkovich, Ron Perlman
Review:
So ever since Sin City and 300 achieved box office success with their computer generated techniques of having all the backgrounds in the film be computer rendered drawings and making the actors the only real thing in the film, countless movies have tried to duplicate this formula. They've tried and failed? Nope, they've tried and died. An ugly death. Ever heard of a this science fiction film called The Gene Generation? You probably havent, but it tried to do the same thing, and failed horribly as well. Such an awful film. But it though its cgi could save it. It didnt. Mutant Chronicles is yet another example of how this technique can go horribly wrong. 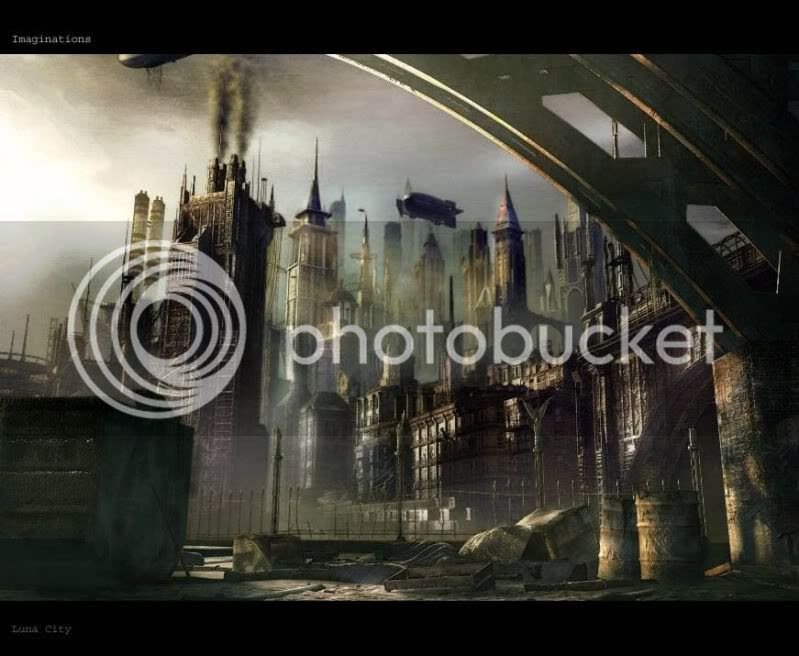 The story concerns this machine that falls on earth and basically starts to turn humans into mutants. What do these mutants do? All they care about is destroying your brain with their hook like hands, and carrying you back to the mutant machine to turn their victims into mutants as well. Or something like that. In comes this special unit of humans from across the world to go into the mutant machine, and presumably, blow the thing up. Thats it! 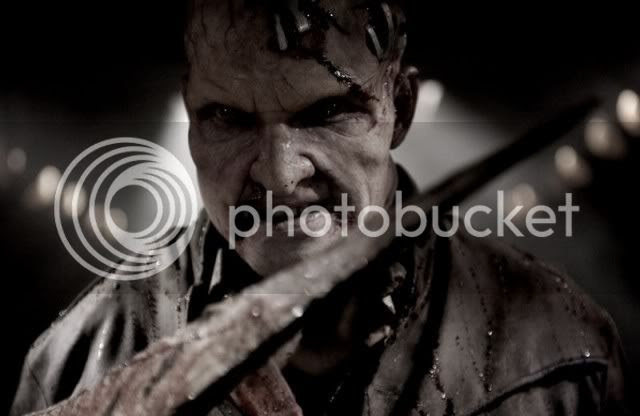 What went wrong with this movie? Well, apparently this film director Simon Hunter (sorry dude, I got a feeling you wont be making movies anymore! Pack up your things and go home) was relying too much on the films computer generated images to blow everyone out of the water. Guess what my rookie director? In this kind of film, that is simply not enough. What kept a film like Sin City going? Was it the backgrounds? Was it the fact its striking black and white imagery? Nope. What held it together, what kept audiences watching were the characters, and the situations they got themselves into. And when you combine both visual awesomenes, with a great script and great performances, this type of film can be great. Unfortunately, the characters in Mutant Chronicles are so boring, so one sided, so lifeless that you just dont connect with them. The movie has a very dreadful palette, devoid of any color. Everything is grey and lifeless. In my opinion, the films look fits perfectly with this movies script and characters. You dont get to know them at all, all they do is blow shit up. And sense you cant connect, you dont care, you dont give a hoot where this movie is going, youll most likely disconnect it almost as fast as I did. 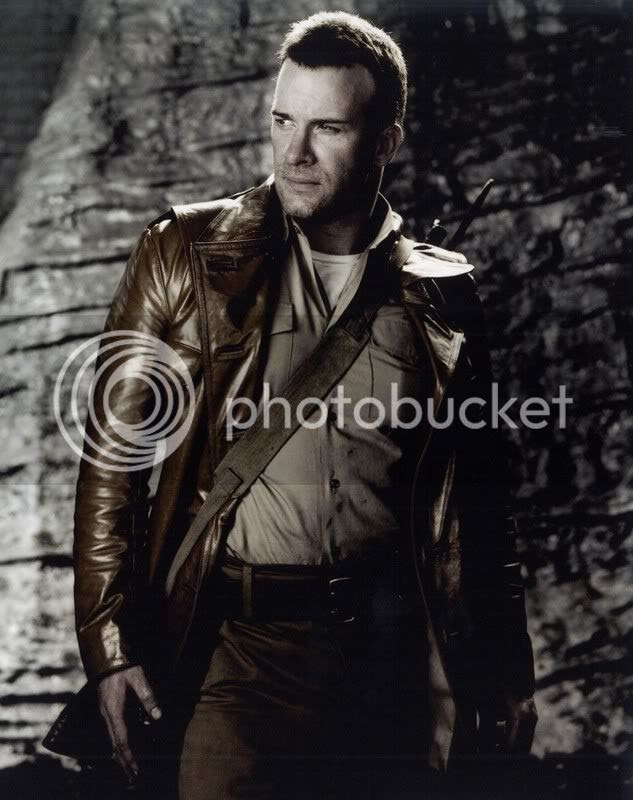 Weird thing is the film has a decent cast. Thomas Jane is perfect for the science fiction/action/horror film. He has that hero look to him. Kind of like a younger Christopher Lambert. On this film he plays the leader of the pack thats going into the mutant making machine. Along with him we have Ron Perlman playing of all things a priest, for what religion, who the hell knows, but he is a priest who wants to gather the mutant ass kicking army to go and destroy the mutant making machine. John Malkovich plays the polititian who gives the okay for the mission to move forward. The rest of the crew are a bunch of actors you've never even heard of, except for that Asian chick that played cute little Miho in Sin City. Im guessing Malkovich was paying somebody some kind of favor doing this cameo thing he did here. His participation in this film was almost as unnecessary as was his participation in Eragon. Actually, Malkovich plays the exact same role on Mutant Chronicles as the one he did in Eragon. Really, you see a guy like Malkovich on this kind of movie and you wonder what the hell he is doing there. He stands out like a sore thumb! Unfortunately, this cast is completely wasted in a lifeless story, that doesnt ask you to warm up to anybody. The actors just feel like robots moving the plot around, there is no life to these guys! 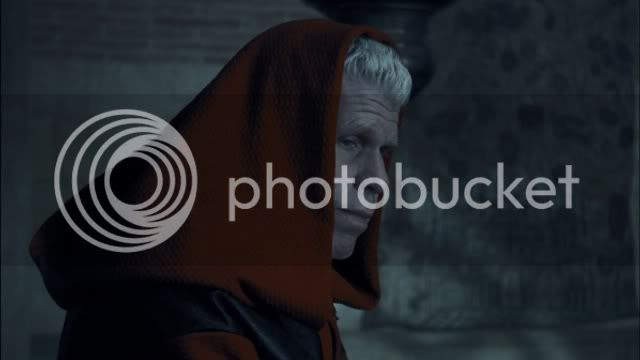 Finally, whats the purpose of these mutants? Why are they turning humans into mutants? Why are these machines doing this? Who the hell knows, all I know is that a movie with a lousy villain makes for a lousy movie. This was Mutant Chronicles case. We just get a group of bloodthirsty mutant creatures with hooks for hands who come, puncture your brain and then turn you into one of them. Thats it and thats all. No depth, no true purpose. You'd think that a movie thats based on an already established universe would have no problems giving us a film with characters that are fleshed out. Unfortunately, this was the case! 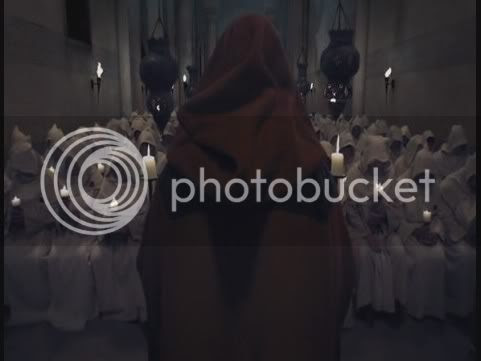 And what about the direction? The visual aspect of the film? The storytelling? Well, let me put it this way: I was watching this movie and suddenly I realized that what wasnt allowing me to connect with the film (aside from all the points Ive already mentioned) was the boring way in which it was directed. The way they set up the shots was so dreadfully boring, nothing interesting visually. Many camera angles were from far away, or completely static. In my opinion they disconnected us from what was going on in the film. There was no dynamic camera movement. Everything was dreadful and boring visually. The editing wasnt helping the film flow either, sombody put this film together really quick. So what we have here is a film that takes place in a future that looks like it was stuck in World War II (but with futuristic weapons! Get it?) and all the ships and machines run on steam, what some refer to as Steampunk. They had all the proper elements in which a science fiction film could thrive in. Unfortunately, the dreadful direction, storytelling, performances and script were so lifeless that the film never had a chance to take off, or grab you. 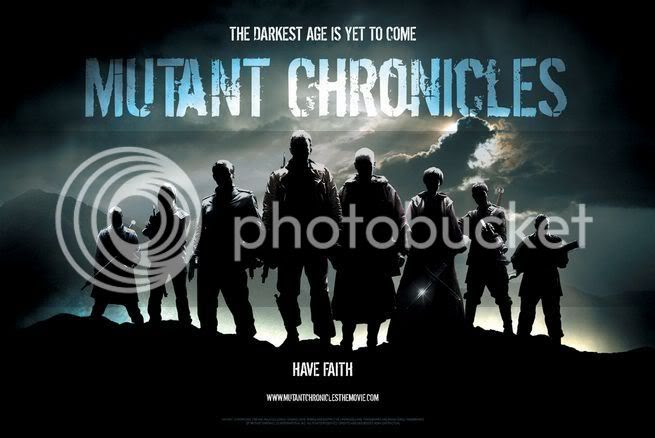 I got an idea for all those film producers out there. Before you go and give a couple of million dollars to a director, make sure its a very visually oriented director, an artist with a vision. Not a fanboy with a hard on for computer graphics. Cause in this kind of film, cool graphics just isnt enough. We need that human element in there, we need for someone to use computer generated images as a means to tell a good story. But not just anybody can do this. It has to be a director with a vision, with a desire to tell an involving story, to pull us into the mystery. A film without a visionary director behind it is nothing. Its lifeless, just like this film was. Theres nothing positive I can say about this movie, my advice is stay clear off this one, it truly blows!
Rating: 1 out of 5
Posted by Franco Macabro at 10/21/2009 02:28:00 PM

Had to skip the review for now, planning on seeing this one fresh even though I havent read a single review. Loved Hunter's LIGHTHOUSE though!

Dont expect much, it might look slick at first...but the film soon deteriorates into a mess...too bad, I was looking forward to this one. Im a sci-fi fan! But this one just didnt do it for me.

I actually saw this and decided it was too bad to write about on my blog, and I've written about some real turds in my day. At least Chasey Saves The World had entertainment value.

I know what you mean Fiendish, I thought about it too, but sometimes, you just gotta warn the world you know what I mean?

Tom Jane is still the man.