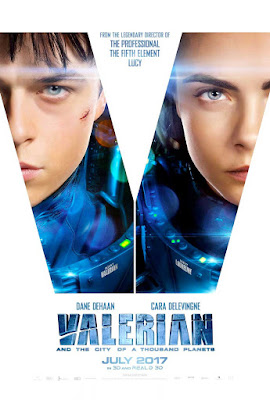 My expectations were extremely high for Valerian and the City of a Thousand Planets (2017) because the filmmaker behind the camera was the one and only Luc Besson, a director who has proven himself time and again to be a visionary with films like The Fifth Element (1995) and Lucy (2014). And he’s also proven himself in non genre films like Leon: The Professional (1994) and  The Big Blue (1988). Besson’s always been a prolific director who jumps effortlessly from genre to genre with success. But I was extremely excited with Valerian because it marked his return to big budget, larger than life, escapist science fiction that we saw him play with in The Fifth Element, a film I was blown away by when I first saw it. I literally saw it five times in theaters! And if the trailer for Valerian was to be an indication of what we could expect, Besson was poised to wow us again. Does Besson still have the ability to amaze us? 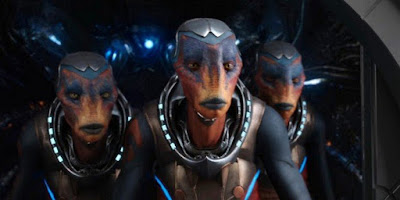 Valerian is all about these special government agents, Valerian and Laureline, who are assigned to retrieve a creature, the last of its kind, who can reproduce a pearl that can offer limited amounts of energy to the universe. But of course, dark, evil forces (read: the government) are after it and so, the race is on to protect this little creature from certain death. At the same time, Valerian is trying to prove his love to Laureline, will he ever learn to love anything but himself?

This film has lots of pros, but unfortunately lots of cons as well. But lets start with the good shall we? The good is that the film is a visual tour de force, a barrage of ideas that never stop coming. Right from the opening sequences of the movie, where we see how the titular city of a thousand planets is formed, we are wowed with race after race of alien beings, who start forming a part of the gigantic floating city in space. I get what Besson was going for with this movie. He wanted to do something that was so filled with imagination and creativity that there is no way it could be ignored. He wanted to give us an overdose of awesomeness and for all intents and purposes he succeeded. Imagination never stops with this one; you’ll be saying “cool” every five seconds. Now considering the amount of imagination and design involved in this movie, it should have been a huge hit in theaters. So what happened? Why did it flop so spectacularly? 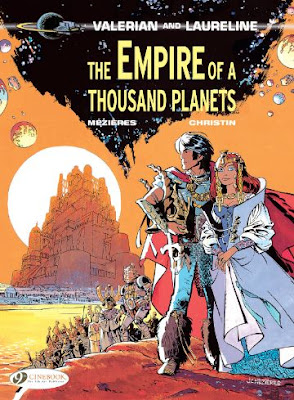 The flopping came as a result of some of the films negative attributes. For starters the films plot is paper thin. There is no plot here save for running from one place to the next, trying to save a cute little creature. Sadly, without much more than that in terms of story, the film turns into a beautiful looking, empty spectacle. Pretty to look at, but with no substance, Valerian turns into the classic case of style over substance. Then there’s the fact that American audiences like a little familiarity with their genre fare and you’ve got yourselves the ingredients for a perfect bomb at the box office. If a film doesn’t come from some pre-existing universe that audiences were just dying to see come to life, then they won’t care or connect, even if the film is good. Valerian and Laureline comes from a French comic book from the sixties that American audiences never read or heard of until now. For Besson it’s a lifelong dream come true to bring his childhood comic book heroes to life, but for American audiences Valerian and Laureline is something they are not familiar with at all, filing it under the “too weird” file. 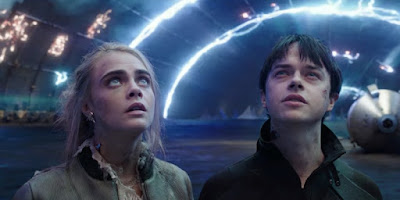 Then there’s this male chauvinist thing about it. Valerian treats women like sex objects, and for most of the film he treats Laureline like crap, even though he’s supposed to have affection for her. He’s always being the quintessential “guy” telling her to “wait here” while he takes care of everything, which today is considered “passé” by savvy movie audiences. In todays modern films, women have grown past the damsel in distress cliché, but apparently, nobody gave Besson the memo. Even the title of the film is chauvinist when you think about it. The comic was called Valerian and Laureline, not just Valerian. Why kick the female out of the film’s title? Is she not integral to the film? Are they not a duo? I roll my eyes at that type of thing. Then there’s the thing about the two protagonists having zero chemistry together. They do not look like they are attracted or in love with each other at all! It’s like we’re supposed to believe Valerian is passionately in love with Laureline, but there’s nothing there to prove it to us. It seems to me that if LOVE is the theme that is going to hold this film together, and it is supposed to be, well then Besson should have made sure it was passionate and heartfelt. He should have made sure their love for each other shined through and quite honestly, it doesn’t. Valerian comes through as a selfish cold guy who cares only for himself. I mean, I get it, he’s supposed to be selfish and cold in order to learn the ways of love, but come on. At least a glimpse of their love for each other would have been nice. 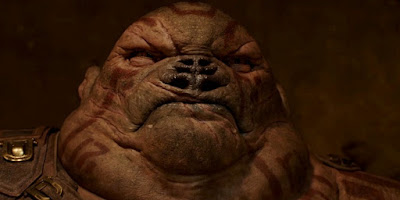 But I don’t think Besson ever meant for it to be “deep” or profound, it was simply meant to be a spectacle, eye candy in its purest form. So maybe if you go in with that mentality you won’t be disappointed. There’s a couple of inside jokes in there as well for lovers of The Fifth Element, actually, the film has many similarities with The Fifth Element, certain scenes in Valerian felt copy pasted from The Fifth Element, but fear not. Valerian has so many new ideas, you won’t mind. Final say is that this is an amazing film visually, conceptually and design wise, but is totally void of the love and emotions that it professes to be about, so that in my opinion is its biggest fault and in my opinion the reason why it tanked at the box office. And that’s weird because Besson’s theme, in a lot of his films has always been love, and human emotion, so in that sense I was surprised that the film was lacking in that area. Yet, in the films defense I will say that it didn’t deserve to fail as big as it did because there is space out there for escapist films whose sole purpose is to entertain us, and in that respect, Valerian did not fail at all.