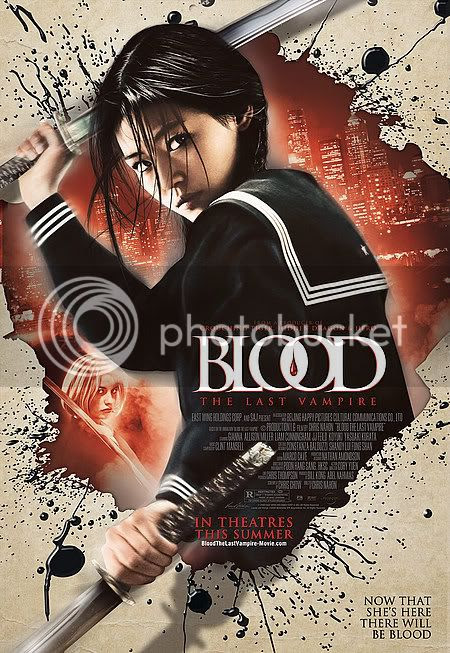 
This new vampire film is based on an anime that came out in the year 2000 which goes by the same name. I remember seeing that anime when it first came out and loving it. It was extremely dark in tone, many of the scenes took place in shadows, the main character Saya was very enigmatic and deadly. It was a story about a group of vampires who have infiltrated a highschool and a local bar, feeding on both students and the customers of the bar. In comes Saya to kill all the vampires. I always thought that this little film (it only lasts about 45 minutes) had excellent production values and top notch animation. That plus it had excellent atmosphere to it. Now almost ten years later comes the live action film adaptation of this anime. Did it do it justice? Is the film better then the anime? What changed? What stays the same? 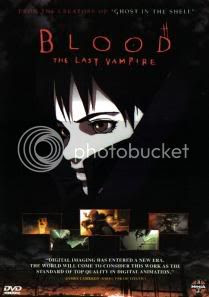 This is the anime on which the film is based on.
Story is still essentially the same. Saya gets sent undercover to a highschool in Japan to find vampires who are living amongst the students, and feeding on them. Then she heads over to the bar and finds its also full of vampires and proceeds to slay them as well. Where this film takes a turn is in showing us Saya’s origins. Where she comes from and who she used to be. That plus the film introduces a couple of new characters that never existed in the anime like the American girl Alice, who Saya befriends and protects through out the course of the film. 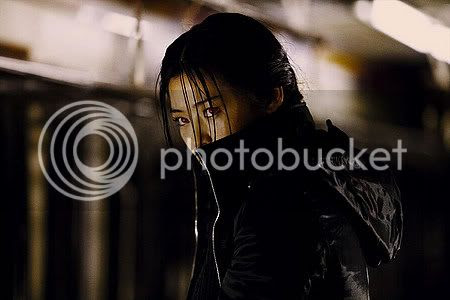 So this movie pretty much stuck to the anime. It showed us the basic premise of it and I think that literally almost everything that was in the anime was in the film. They took the anime and turned it into the first half of the movie. They changed a couple of things here and there and introduced us to a couple of new characters, but it’s essentially the same thing. Right down to the vampires trying to escape on a military cargo plane that’s about to take off for Vietnam. Where things turn into completely new territory is in the films second half, were we get to see who Saya was before she became the vampire slayer that she is. 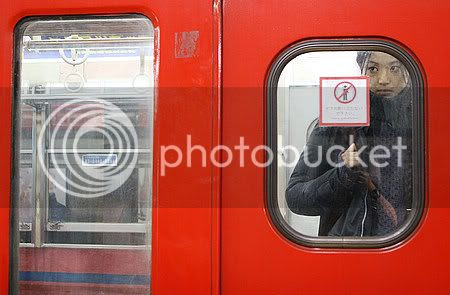 Some of the most interesting moments come once the second half of the film gets going. I know I enjoyed the new stuff more then the stuff Id already seen on the anime, which in reality is a very simple story. With its short running time, the anime didn’t really have any time to dive into the character’s past or anything; but the live action film has ample time to do this. This is where the film turns into more of a martial arts movie then a vampire flick. Saya gets trained in the forest by her martial arts master, who looks a lot like Pai Mei, the martial arts master who trains Beatrix Kiddo in the Kill Bill movies. You know the type, long white hair, equally long and white beard and mustache. And all these scenes take place in some sort of mystical japanese huts in the middle of a magical fog filled forest, where ninjas come flying out of nowhere and telekinesis is possible. 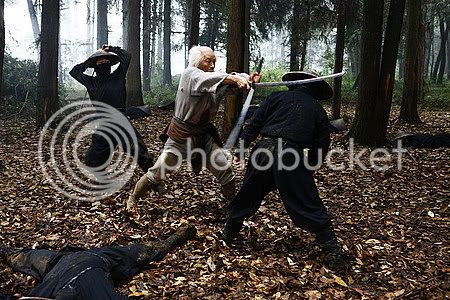 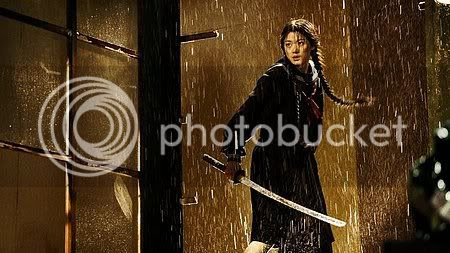 Another thing that bothered me about the movie was the look of the vampires. They go from human form to bat like form. And when they transform its sort of like when the Highlanders get all the power from the immortal they’ve just killed. Everything turns into a light show and then poof! The vampire bat appears. When the vampires show their true form is when the film dives into Power Rangers territory. Don’t know who Okayed the look of these creatures, but it’s so obviously a man in a rubber suit, its distracting. I personally loathed the look of these vampire creatures. Its not credible at all! Not to mention that when these creatures fly, the computer animation isn’t all that convincing either. I mean, the vampire creatures seen in the anime looked like when Gary Oldman transforms into that man bat thing in Bram Stokers Dracula, unfortunately on the movie, when the vampires show their true forms it looks like something you'd see in The Power Rangers or those old Ultraman shows. Yup, in this aspect of the film, the anime tops the film. 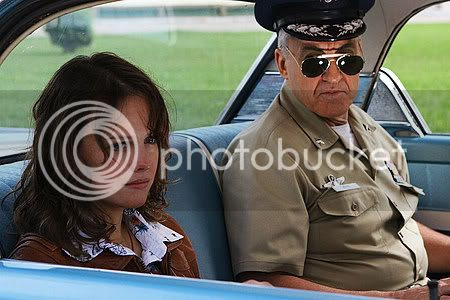 My main problem with this movie was the addition of Alice into the story. Alice is the American girl who drags along with Saya on her vampire slaying. The character is dead weight and adds nothing to the story. Well, it gives America audiences somebody to “root” for, though just because she’s American does not mean I’m going to warm up to her. No matter how American she is, she still a useless character. She was so unnecessary! She does nothing except get rescued! Why is she tagging along with Saya? Was it absolutely necessary to have such a useless character tag along? Nope. It wasn’t. To top things off, the acting is atrocious from almost the entire cast, save for the girl who plays Saya. 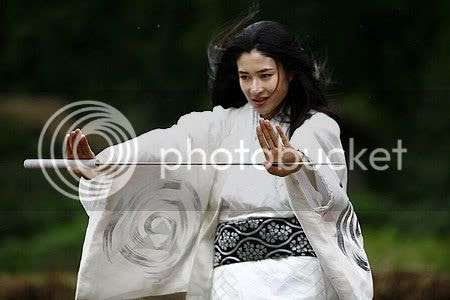 The film is a fun watch, more so if you’re into anime, vampire and martial arts movies and fantasy. If you can’t take cheesy looking vampires or people flying through the air with swords then don’t even bother. If on the other hand you don’t mind a cheesy action packed story with vampires and telekinesis, by all means dive in. 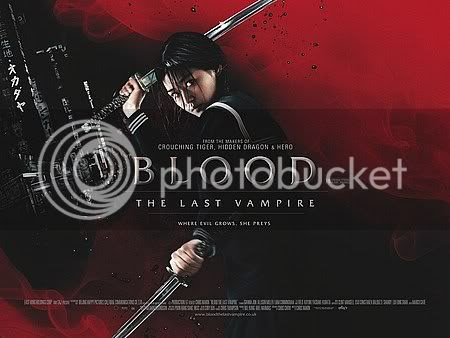 I wouldnt say I have been interested in this picture so much as intrigued by the fact that it was being made. I will give it a go someday when it makes itself available, but the costuming must be pretty bad if the words Power Rangers had to be brought into the review lol.. Im glad to see someone bring in negative criticism for a film they liked though!

I try to give both sides of the tale, Ill speak the positive but Ill usually also say the negatives, if in deed the film has anything negative about it.

I find it funny that in non of the promotional material for the movie do they show the vampires, which is kind of indicative of how the producers themselves feel about the creatures in this movie.