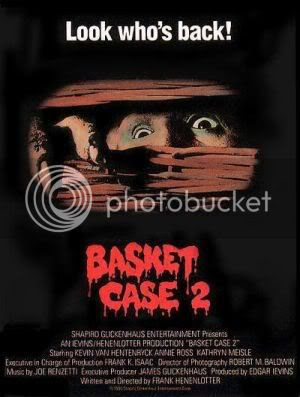 Frank Henenlotter is one of those directors that is proud to wear his freak badge. He loves for his films to be grimy dirty films, the kind of film you feel they wiped the floor of the movie theater with. Dont believe me? Then take a look at any of these films he made: Frankenhooker (1990) and Brain Damage (1988). You wont be the same after you watch those two movies I can gurantee you that! With this in mind, can somebody tell me why was Basket Case 2 so clean cut?

Story picks up right where the first Basket Case film left off. I appreciated that continuity about it. It picks up with Duane and Belial falling to their "deaths" from the window of that shit box of a hotel in New York. Surprisingly, they both survive! They escape the hospital and end up being picked up by this lady and her daughter, who have a home where Freaks can feel at ease. Where they can be understood and loved for who they are. Will Belial and Duane fit in this new home? Or will the media find them and make a circus out of their lives? 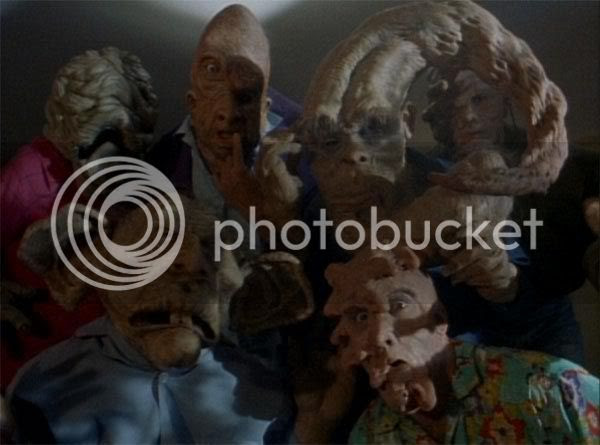 I’m a Henenlotter fan. I love the grimy and dirty nature of his films. The first Basket Case is a prime example of a Henenlotter film. That film was very low budget. The lighting was terrible, the sound was terrible, hell, even the stop motion animation was terrible. Yet, somehow, the story grabs you. It’s characters are so freaky, so mundane and plain bizarre that you simply have to keep watching. The fact that Henenlotter’s films are so low budget and technically challenged is what makes them all the more watchable. Their griminess makes them all the more special. Usually the characters in a Henenlotter film are comprised of freaks, whores, thieves and just plain poor bastards. Since his films deal with such scummy subject matter, the low technical standards add to the feel and atmosphere of the film. It’s a perfect marriage, scummy freaky characters and themes, low technical standards equals b-movie magic. The stuff cult films are made of. 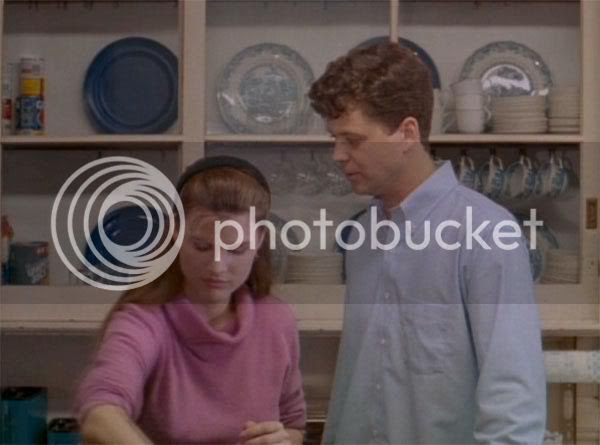 Problem with Basket Case 2 is that it’s not so scummy looking. Apparently Henenlotter got himself a couple of more dollars to make this second Basket Case film. His budget went up, but unfortunately the level of scumminess and griminess went way down. The movie looks too squeaky clean! Where the first film used real locations, real New York City streets, real shitty places, this one used lots of fake looking sets. Scenes are well lit! The film actually has decent production standards! The problem with this for me is that the thing that I love most about Henenlotter’s films was now gone! Everything looks to well lit, there’s actual colors, the lighting is too perfect...technically speaking the movie went up. That’s normally a good thing on any movie, but in Henelotter’s case its not! The grimminess of his films is what made them special for me! 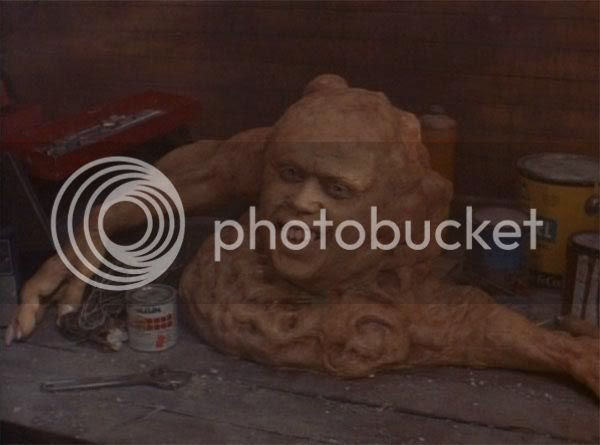 But what the hell, I decided to accept this as a natural progression in any directors career. Can’t blame a guy for wanting to go higher in terms of quality with each film. So I let that go and focused on the film itself. I have to say, it also had its freak balls cut off! The first movie was flat out gory, low budget and raw! The deaths were something special, shocking and in your face. Not so on this sequel! In fact, for the most part, most of the deaths happen off camera! No gore involved! It focused a lot on getting you to feel some amount of sympathy for the freaks. It felt like Henenlotter was restrained somehow. I guess with this movie, he didn’t want to go too out there. I’m guessing he wanted to make a horror movie that was slightly more marketable, something not too crazy like the first Basket Case film. That saddened me as well, for as the movie progressed I saw that I was not going to get that raw shock value that I got from the first one. 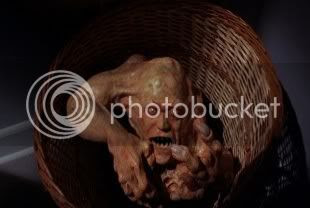 Is there anything good I can say about this movie? Is it a complete departure from what I loved about the first Basket Case? Well, fortunately, it wasn’t a complete departure. Belial and Duane end up in this house of freaks, inhabited by some really interesting looking creatures. And by this I mean, lots of dudes in monster suits. Lots of latex make up. The creatures are very odd looking in deed. One creature has its whole face filled with noses, another has its face shaped like a moon, another has giant teeth, you know, crazy looking freaks. Nothing that looks realistic (far from it) but a strange mixture of cartoony and freaky. Belial himself looks way better then he did on the first film. I also enjoyed seeing the actor who played Duane in the first Basket Case (Kevin Van Hentenrick) return. Duane has always seemed to me like this odd ball weirdo kind of guy, a quiet dude that you do not want to mess with and Kevin plays that angle perfectly. His connection with his brother on this film is taken further, I liked that aspect of it where Duane doesn’t want to be a part of Belials life anymore. He is looking to live his own life and maybe find some happiness. 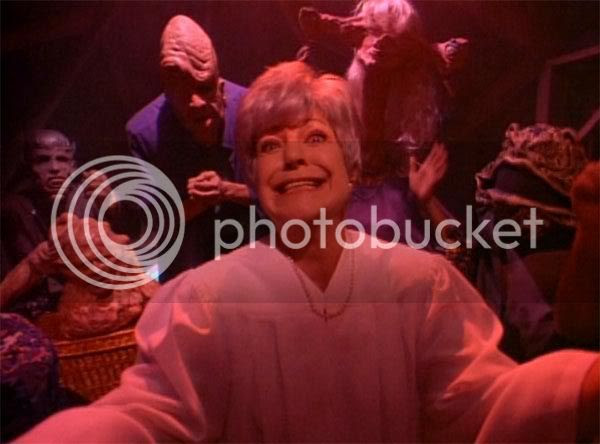 Good news is that finally, somewhere around its third half, this movie grows its balls back! Almost as if Henenlotter said "wait a minute, this movie is too soft for me! I need to turn up the juice!" And he does! The last twenty minutes get really freaking crazy. Just when you think the movie is over with, whamo! Basket Case 2 gives you a good slug to the head and wakes you the hell up. I’m glad the ending was as freaky as it was. I was beginning to think Henenlotter had lost his knack for the truly bizarre. 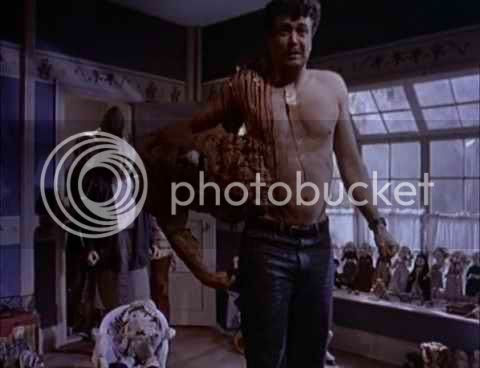 So anyways, in conclusion I have to say that Basket Case 2 is not as grimy and raw as the first one. It kind of lost its edge. It manages to entertain, and yeah, its still quite the freaky film. Its just not AS freaky as the first film. Fortunately, if you stick all the way to the end you will see a glimmer of the bizarre that Henenlotter is so known for.

I remember watching this one with my dad and prefering the first one more. I use to rent the basketcase movies all the time but...they got crappier. I also remember me and my dad laughing at Belial's sex scene with the female belial. We both said; Wow!! What are the odds of two of them existing and doing it??!!

Yeah, that scene is one of the craziest things about the movie. Its hilarious, but I dont think these movies get crappier, I actually enjoyed the third film quite a lot.

Im posting my review for it today so be on the look out for it manny!

I loved the first film and feel the same exact way you do about the second. You pinpointed all the reasons it just didn't work as well. The original had that low budget, grimy grindhouse feel. This didn't and suffered because of it.

Well, check out the third entry in the franchise, it goes right back to that low budget weird, surreal, bizarre feel of the first.

I like the series, though as you mentioned the raw, indie look and feel of the original is far superior to the polished second and third films. both sequels are ok, and display more of Hennelotters quirky and twisted humor, but I dont find them nearly as fun and certainly not as important as the first

Hey Carl, I agree with you man, I even find Henennlotters other films superior to all his Basket CAses.

I mean, Frankenhooker is way crazier then anything he had ever done, plus its got a bit of comedy to it. Then we have Brain Damage which to me is really his best film.

I still havent seen his latest film, Bad Biology, I have no idea if it was good or not. I have to find that one soon and review it here.