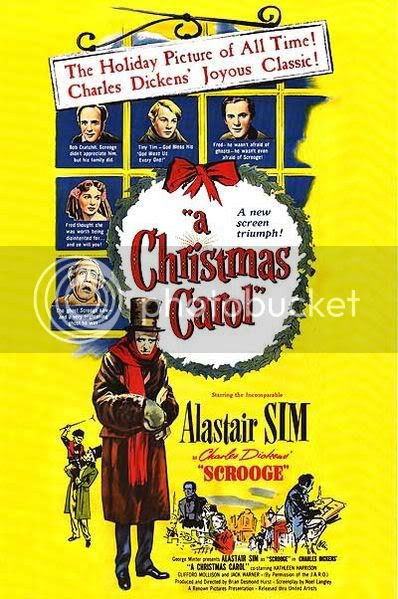 There are so many film adaptations of Charles Dicken’s A Christmas Carol that it can become a small task to try and differentiate them all. I try and see a different version every year, just because I want to see them all. See what little differences they have between each other, see what that one is missing, see what the other added. In my search for all of these different film adaptations, I discovered that the 1951 version with Alastair Sim playing the titular role of Mr. Scrooge is one of the most beloved film versions of the story. What makes this one so special? 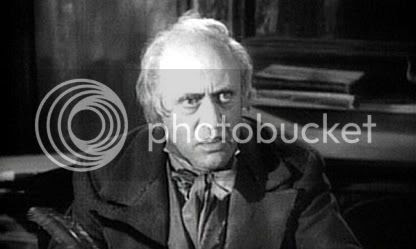 I’m not going to go into a plot description, because I’m sure 99.9% of you out there already know what this story is all about, I mean, who doesn’t right? Instead, I’ll try and describe the film and what makes it one of the best Christmas Carol’s out there. Number one, the movie is in black and white. This being essentially a ghost story, the black and white makes everything darker, creepier. That’s one thing I have always loved about Dicken’s story, it’s a ghost story and as a result, it’s a creepy film. Which kind of contrasts with the whole Christmas thing in the same way that Nightmare Before Christmas did. But really, isn’t that one of the films biggest attractions? It’s spookiness? And this one has lots of it! The black and white nature of the film makes everything grimmer. The art direction helps a lot as well, you get a feeling you are living in the slummiest parts of London. Old buildings, filled with shadowy hallways filled with old clocks, books, chandeliers…everything is spooky and dark. 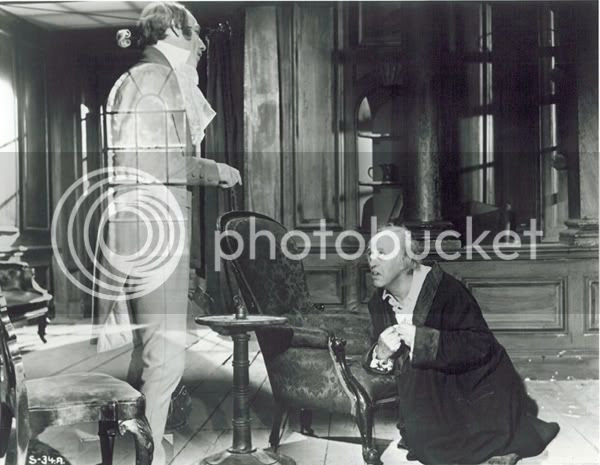 A Christmas Carol has been adapted to film on many occasions. Old film versions of A Christmas Carol go as far back as 1910! Just this year we had a version of the story directed by Robert Zemeckis, with Jim Carrey playing Mr. Scrooge as well as all of the ghosts. And it was completely computer animated. I still owe it to myself to check it out. But every film version of A Christmas Carol is just a little bit different then the other. The Muppet Christmas Carol (1992) is one of my favorites because most of the characters in the story are played by different Muppet characters. Michael Caine plays Scrooge. On this one, we get Alastair Sim, playing old Ebenezer. Gotta say I loved his portrayal of Scrooge. And on any Christmas Carol film, what makes or breaks the film is who you put on that role. The actor has got to nail it. Alastair Sim nailed it! You know that part when Scrooge turns all good and happy and suddenly LOVES Christmas? You know, the part where Scrooge goes almost mad with Christmas spirit? Well, I believe this is the happiest and craziest Scrooge on any of the film versions I’ve seen. He really does seem mad with happiness! Also, this film really dives deep into that whole sequence when Scrooge goes “good”. It’s always my favorite part of A Christmas Carol, when Scrooge suddenly warms up to the world. It always makes me want to go out and do good to everybody, which was probably Dicken’s whole point. 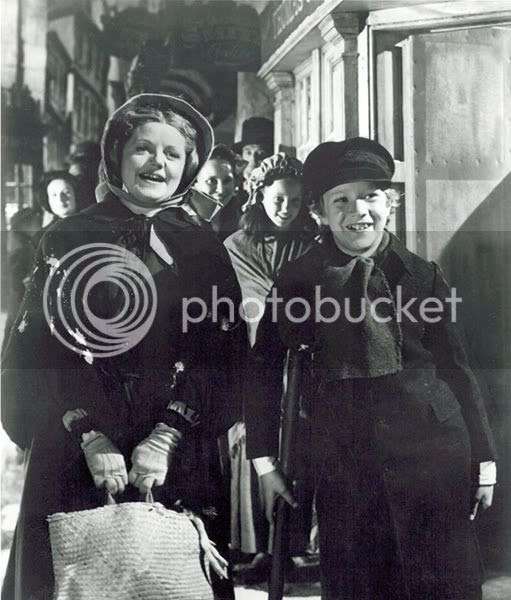 I don’t really believe in Christmas the way everybody does. I'm not a religious person myself. I don’t believe Jesus was born on the 25th (in fact I doubt he was even born at all) and I believe that on its surface, Christmas is really an elaborate sham to get people to buy things compulsively. Ever think about how many things Christmas makes you buy? Gifts for everyone, Christmas tree, Christmas decorations, gift wrapping paper, Christmas clothes, Christmas movies, Christmas music, Christmas food…the list goes on and on. I really see it as a way to boom the economy. It’s strange, but in many ways, I can identify with Scrooges hatred of Christmas. I mean, when he says ‘humbug’ he is saying “this is all false, wake up people!” Still, what I like about Charles Dicken’s story is that it focuses a lot on the doing good to others, making other people happy. That part of the story where we learn about giving to others without expecting anything back. Of the films themes, these are the ones I like the most. I still celebrate Christmas anyways because I like the festivities, I love sharing time with family and friends, and yeah, its fun to give and get gifts. But I don’t know if I agree with the whole thing about lying to kids about Santa Clause coming at night and leaving gifts under your Christmas tree, Id rather tell my kids I bought them those gifts, because I wanted to. Because it’s that time of year when everyone is extra nice to each other, just because we want to. I see Santa Clause as the first lie in a long list of lies that a person will be taught to believe in through life. But hey, don’t take me for a bitter person, cause I’m not. I love this cheerful part of the year anyways; I just see it slightly different then everyone else. I’ve learned not to put so much emphasis on the buying, and a lot more emphasis on the sharing and the love and the being good to others for no reason whatsoever but to feel good while doing it. 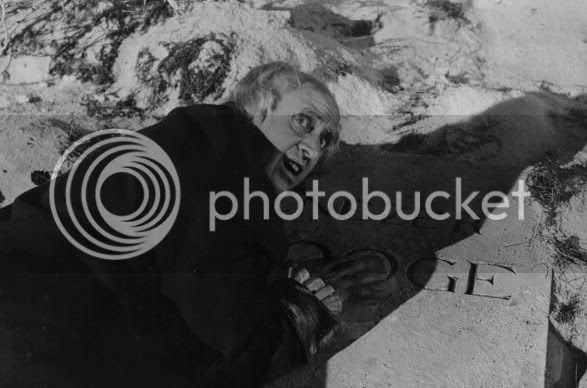 Speaking of the whole religious nature of this film, this version is one of the most Christian versions of the story I’ve seen. Most of the modern Christmas Carol movies don’t focus so much on the whole “repent from your sins” angle of things. I’m guessing this is so because filmmakers realize that not everyone who watches their movies in our world is a Christian, so they have kind of dropped that angle from modern takes on the story. But this particular version of A Christmas Carol is all about repenting from your sins, because if you don’t, you’re going to pay in the after life! Constantly, Scrooge is reminded that he has to repent from his sins on this version. 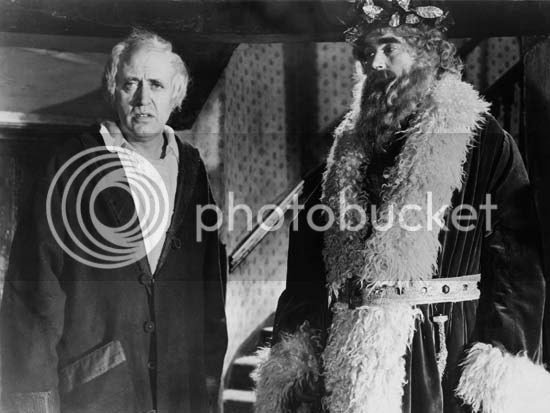 But all in all, a very good version of the film. My favorite is still the one with George C. Scott as Scrooge. There’s just something super evil about George C. Scott’s portrayal of the character. Next year I will try and go even further back in time, see if I can get my hands on the 1938 and 1910 versions of the story. Consequently, I hope you had a happy holiday season, and wish you all a happy new year. 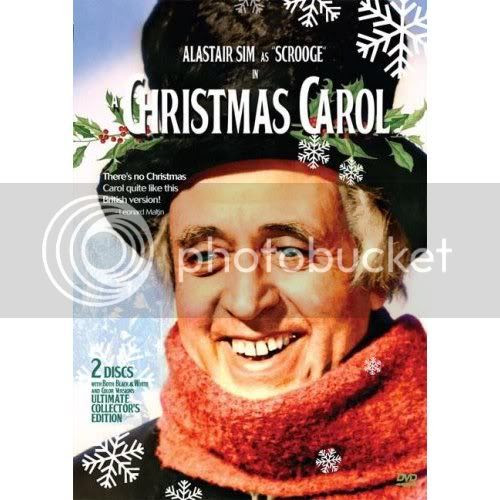 Die Hard takes place during christmas time, but I dont consider a Christmas movie perse, I mean, Die Hard is as Christmas as Gremlins!

I will be doing a review for another Christmas movie before this holiday season is over, its called Christmas Evil! Be on the look out for that review Manny!

Anyway this is a great flick, mostly because of Alastair Sim's performance. If you liked him here you should check out the great comedy The Ruling Class, where he plays a greedy bishop in a movie full of nutbags

Oh god, I knew I was going to get it for bashing on Die Hard! But seriously, its a film about terrorists, machine guns, hostages...its not exactly christmas material. But yeah, it does take place during christmas time, but its not really a christmas movie in the pure sense of the word.

Not like National Lampoons Christmas Vacation or Bill Murray's Scrooged. Know what I mean?

Id never seen Alastair Sim on anything else, this was the first time I ever saw him on any movie, dont know much about the guy, but he sure could play a christmas crazy happy Scrooge!

What is this about "Christmas Evil" and how do I get my hands on it?

Christmas Evil is a horror film made in the 80s where this guy dressed in a Santa Claus suit goes around murdering people, very similar in nature to films like Santas Slay and Silent Night Deadly Night.

But anyhows, if you really want to know more about Christmas Evil, I will be reviewing it sometime this week, be on the look out for that review!