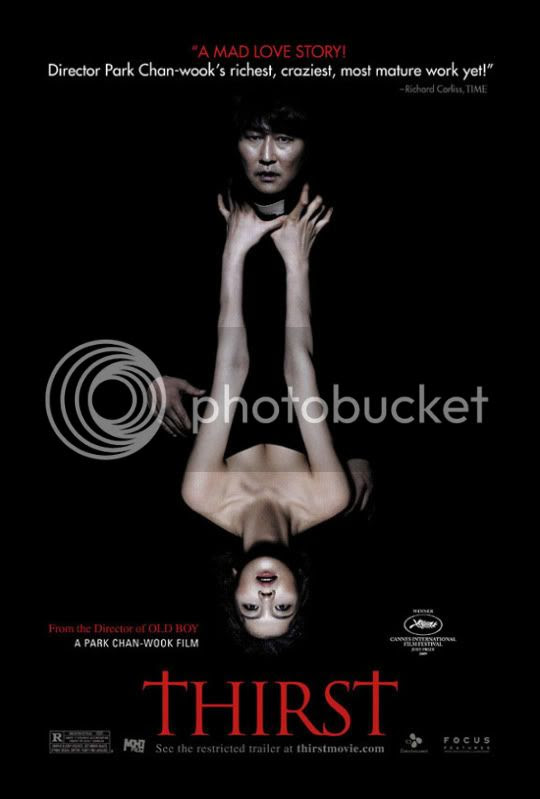 Title: Thirst (2009)
Director: Park Chan Wook
Review:
Park Chan Wook’s “revenge trilogy” which consists of Sympathy for Mr. Vengeance, Lady Vengeance and Oldboy is a series of films that constantly blow my mind. I find them both beautiful to look at, and shocking because of their violence and thematic content. I still show Oldboy to those who haven’t yet experienced it. I love seeing their faces during the last half hour of the film. But after having seen these three excellent films, one inevitably ends up asking “what’s next?” Well, lucky for us that Mr. Chan keeps himself busy. After all he is making some of the most beautiful and thought provoking films that ever came out of Korea. One can’t help but to want more from this great director, who has established himself as one of the best from his country, or any other country for that matter. 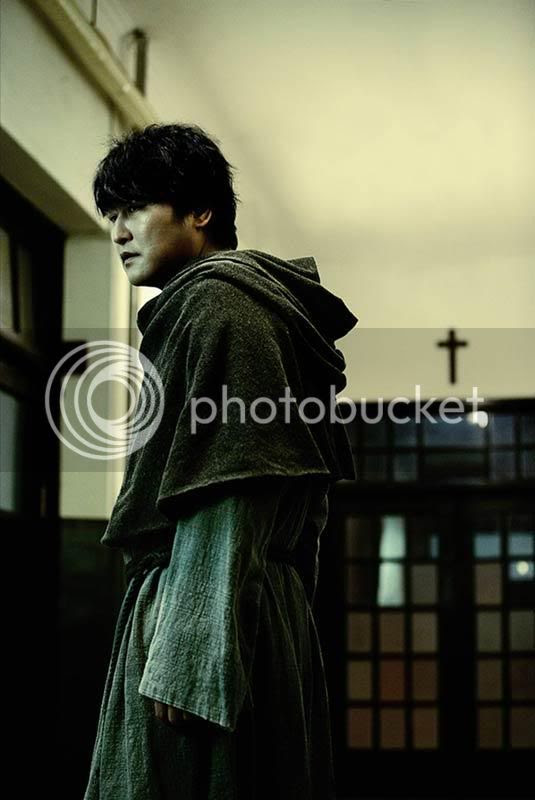 Even his short film which was included in the Asian anthology film 3 Extremes was amazing. On that short film entitled “The Extra” we meet a guy who is a film director making a vampire film. And one of his extras goes crazy because he wants to stop being an extra at some point and become a main star. So he kidnaps the director! And plans to kill him as a form of revenge. But what really caught my attention with this short film was that when it starts, we get to see part of the vampire film that the director is making. And it gave me a small taste of what Park Chan Wook could do with the horror genre. After that I was thinking to myself “this guy has GOT to make a vampire movie at some point!” So here we are. Finally, Park Chan Wook has made a horror film. And it’s a vampire film! So how was it? 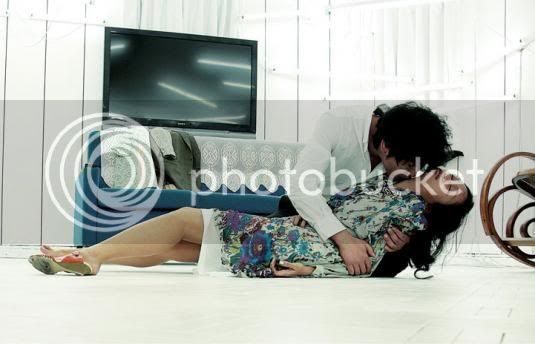 The main focus of the film is the priest Sang-hyeon. Sang belongs to a convent, and he is the perpetual do-gooder. He’s always striving to help as many people as he can, always servicing others, always praying, serving god and all that. One day, he decides that he wants to volunteer to help the victims of a deadly virus, hoping that god will protect him from the virus as he helps them. Well, what happens is that god doesn’t protect him at all. Instead, he gets infected. Doctors try to save his life by giving him a blood transfusion, but unfortunately for him, the blood that he gets from the transfusion comes from a vampire! So he ends up turning into a vampire himself! How does he deal with the fact that he now has to feed off the blood of the living to continue his existence? 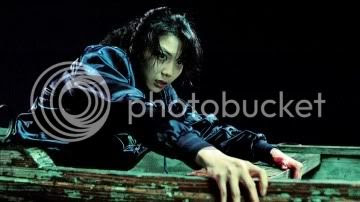 Once again Park Chan Wook blows my mind! This movie was amazing! Why? Well, one of the main reasons is the vastness of thematic elements. I mean the guy really goes all over and covers a lot of themes with Thirst. First off of course is the theme of faith. The main character is a priest, who gets constantly betrayed by his own beliefs. He thinks he is doing gods will by helping the virus victims, yet in reality he ends up getting infected. Then, he gets a contaminated blood transfusion that turns him into a vampire. And this is just the tip of the ice berg with things that go wrong in Sang-Hyeon’s life. Things go so wrong for Sang that he renounces Christianity! He is convinced no one is looking out for him, there is no higher power. The only thing that matters to Sang after a while is survival in this cruel world. The film also addresses themes of worship. Should we worship priests as being holy? Are they holier or better then us somehow? Do they really deserve our respect? 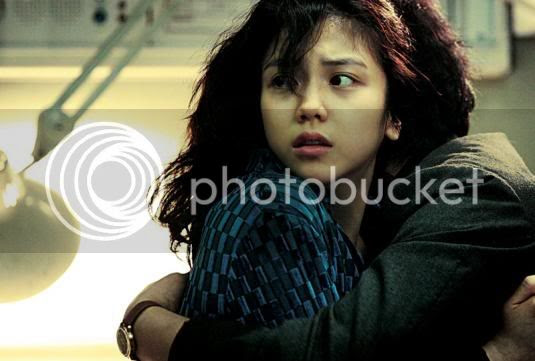 But that’s just one of the themes that Park Chan Wook plays with on this film. The main thing with this movie is that like Twilight, Park Chan Wook uses the vampire mythology to explore human relationships and sexuality. A vampire desires the female, as much as a human male might. He wants nothing but to feed off of her, same as a man will want to be with a woman. The fact that Sang was a man of the cloth (and therefore a virgin) serves as a way to address those first sexual encounters with a female, where you discover how to do everything for the first time. And so forth. But the film goes even further then that, it explores how a relationship might start off passionate and intense yet slowly get redundant, and yes even boring. 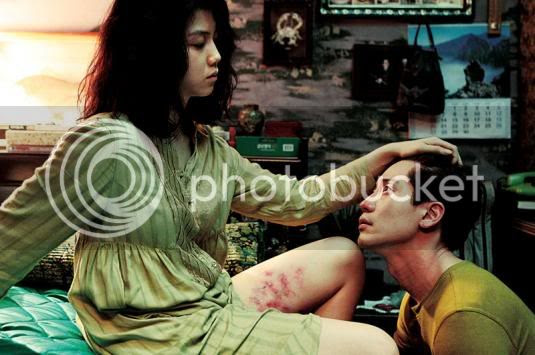 The film also addresses competition in a relationship. How often times one gets ahead of the other professionally. In this case, Sang ends up being a vampire who feeds on blood but doesn’t kill, yet his vampire mate will want to viciously kill her pray and feed on their warm blood. All this serves as a metaphor for wanting to survive in the world, and how some people address it in a more vicious and more ambitious way then others, who prefer to survive in a safer, easier way. There’s betrayal, infidelity, and ultimately, death. This is the kind of movie that covers all the themes and situations one might encounter in life. Even the part where we have to take care of our parents once they get old. 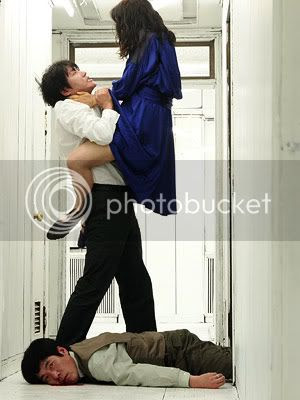 But I know what you’re thinking; this is a philosophical film about relationships and life. It’s not a horror film. And that’s where you’re wrong. That’s what’s great about this movie. Unlike Twilight, which constantly forgets its supposed to be a vampire/werewolf movie and focuses way too much on love and relationships and the oh so dreamy guy, Thirst doesn’t forget that at all. Thirst talks about love, about passion and relationships, but it doesn’t forget that we are dealing with bloodsucking vampires here! The movie has some gruesome imagery in it! And some very twisted situations. Highly recommend it for that. But going back to my comparison with Twilight, Thirst is actually an anti-Twilight, because it plays with similar situations, yet does it in a way more believable fashion then Twilight ever did. It’s about love, but doesn’t offer us this unrealistic dreamy pitch perfect love thing. Thirst talks about how relationships start out one way yet sometimes slowly mutate, and evolve into something else altogether. It shows situations that you might encounter when you’ve been through life with somebody for a while. But it does so with the vampire theme as an allegory for all of it. 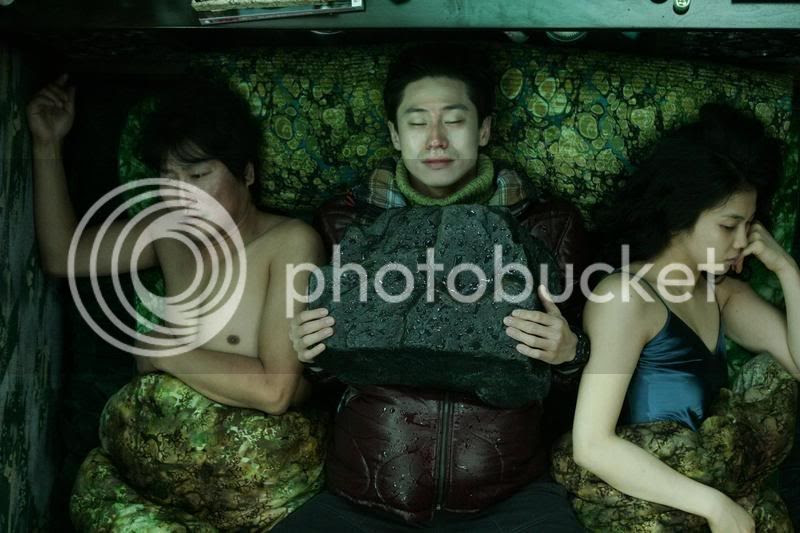 There is one scene in which Sang picks up his girl and decides to finally show her just how far his vampire powers can go. So he takes her on a vampire flight, where he jumps from roof top to roof top while holding her in his arms. This scene was achieved a million times better then on Twilight, where you can see the actors are clearly hanging from cables. Park Chan Wook’s flying vampires are seamless! And on the flying sequence the camera actually stays on the girls face as she flies with Sang through the roof tops, all we see are her facial reactions, and the roof tops behind. Its an amazing sequence similar to the tree hoping sequence in Twilight, only waaay more effective, artistic and realistic. Which just shows how much better a film can be, with the right director at the helm.
A word of warning, the film deals with strong themes of sexuality. And its sex scenes are pretty extensive. I enjoyed them because they really show how things happen. As opposed to having the clichéd montage of people having fake sex, on Thirst the camera stays on the characters, we go step by step through Sang’s trying to seduce a girl for the first time, and it feels so genuine, you’ll swear you’re watching the real thing. So anyhow, be on the look out for some graphic and extended sex sequences. 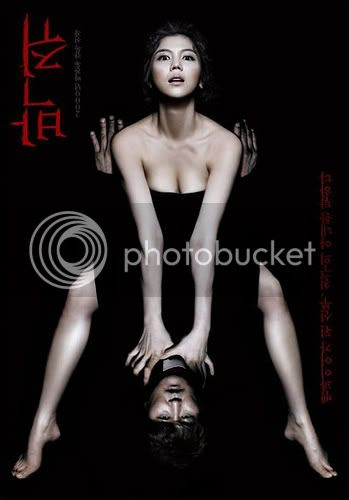 In conclusion, this film isn’t maybe what you might expect from Park Chan Wook, because he is not exactly known for making horror films. Having Park Chan Wook directing a horror film reminds me of times when great directors would make horror. Like Stanley Kubrick when he made The Shinning, Roman Polansky making Rosemary’s Baby or even Danny Boyle directing 28 Days Later. You know, great directors taking a stab at the genre.  To horror fans, the film will feel very different because it tries very hard to avoid any clichés, and actually makes an effort to show something different. It’s not the best vampire movie ever made, but hey, it’s fresh and different enough to keep you glued to that screen. It’s original enough to entertain and even surprise you from time to time. It’s not your typical vampire movie, and thank the movie gods for that! Park Chan Wook, I say again, what’s next?
Rating: 5 out of 5 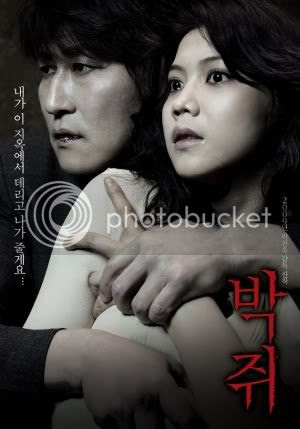 That is just what I wanted to hear man, I have read several iffy reviews about the film so far, so I was afraid it was a miss, but I cant wait to see it now! Park is purely amazing, and it is a relief to hear that this is an intelligent and engaging film touching on relatable themes rather just pure gore or romance. Will be picking THIRST up asap!

Everyone is entitled to their own opinionrs, However, whoever gave this movie a bad review must not like good movies!

Its excellent in everyway. Production wise, storywise, acting wise. Its got some interesting and twisted situations. And it plays with vampire lore, it puts its vampires in situations I had not thought of before.

If you want to see a film with depth, style, meaning that doesnt forget that its a horror movie...then check out Thirst. I doubt youll be dissapointed Carl!

A lovely review. I can't say that I was as positive as you (I gave it 3.5/5, though the more I read over my own review the more I see that overall the review is even more positive than that), but it's certainly Park's most interesting thematically to date. It's certainly about sexual dynamics, but I also saw it as a story about repression. Sang, of course, is a virgin, repressed by absurdly outdated dogma (what's so bad about a priest having sex so long as he's in a committed relationship?); Tae-ju, on the other hand, is hampered by social mores and the rampant sexism of the world and especially Asia. Park, to me, is saying that the norms we create to mold us into acceptable beings in reality stunt and deform us, and if the smallest crack appears in our cages we can become monsters.

I think the film can get a bit bogged down in juggling its Gothic romance, horror and comedy aspects, but I still enjoyed the hell out of this. Also, whyyyyyyyyy are there no Blu-Ray plans for this? First Let the Right One In gets screwed over in its subtitles and later the BD audio tracks and now Thirst, a gorgeous, gorgeous, gorgeous movie, doesn't get the HD treatment at all (at least not in America).

Sounds awesome, Francisco! I will be on the look out for this one. After reading your enthusiastic and well read review, I recall someone else telling me about this some time back.