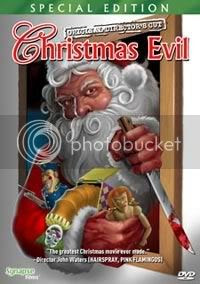 Christmas Horror films are a misunderstood sub genre. Many people (mostly uptight conservatives) think films that portray Christmas as something evil or scary should never be made because they soil something that they consider holy and sacred and….WHAT EVER!! First off, those conservative douche bags should remember that one of the biggest ideas behind Christmas, that a fat jolly old man comes down your chimney during Christmas Eve and leaves presents for the “good boys and girls” underneath the Christmas tree is a big fat lie! And according to the bible, lies come from The Devil! So put that in your pipe and smoke it you self righteous hypocrites! Now, on with the rest of my review for this excellent Christmas horror film called Christmas Evil.

Story for this film centers around a young boy named Harry. One night, Harry’s parents decide to surprise the kids by having their dad dress up as Santa Claus and visit their home. The kids are delighted by Santa’s visit! After the kids are put to sleep, Santa decides he wants some action, so he begins to give his wife (while still dressed in a Santa suit) some head. That’s right! Mom and Pop decide to go down on each other while dad is still wearing his Santa suit! If that isn’t freaky enough, little Harry decides to take one last peep at Santa and catches his mom and dad going down on each other. Now Harry knows there’s no such thing as Santa Claus! He’d been lied to all these years! Fast forward thirty years into the future and now Harry is a 30 something dude, working in a toy factory. He has never quite recuperated from what he saw that night, and little by little, the events that unfold during the Christmas season start driving him mad! Can Harry keep his madness under wraps? Or will he go out and pass judgment on the little boys and girls of his neighborhood? 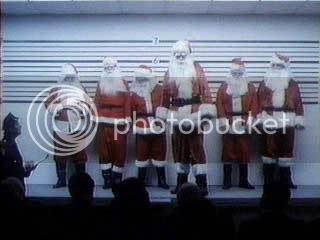 So this movie is that kind of film where the quiet introverted person suddenly goes nuts and is tired of being pushed around, so he finally explodes and decides to make all those people that screwed him over pay! “The worm has turned” is a phrase commonly used for films of this nature and it means that even the most humble person will strike back if abused badly enough! And poor old Harry is abused a lot on this film. Harry works as a manager in a toy factory, but he gets no respect from his employees. His brother constantly abuses him verbally and emotionally. His boss gives a younger kid the position that was supposed to be for him. Basically, Harry gets no respect from anybody in this movie…until he cracks under the pressure! That’s when he decides to dress up as Santa Claus and goes out into town being good to the good people and brutally killing whoever pisses him off! In this way, the film is very similar in nature to Silent Night Deadly Night (1984) though Christmas Evil predates it, since it was released in 1980. 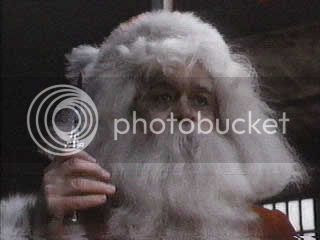 Christmas Evil was a small film, with a meager budget and very low production values. Yet I have to tell you naughty boys and girls out there, the low production values help the movie a whole lot! Everything feels dirty, old, dark, shadowy and poor. The proper ingredients for a guy like Harry to loose his marbles in! Speaking of which the actor who plays Harry (Brandon Maggart) did an excellent job of playing the good guy who goes bananas! There are some memorable moments in the film where we can really feel Harry loosing it. There’s this great scene where Harry glues a fake Santa beard to his face with super glue and starts pulling his beard making sure it’s stuck to his face, all the while he looks at himself in the mirror and laughs maniacally. Awesome moment! Just like in that other Santa Claus gone crazy movie called Santa’s Slay (2005), in Christmas Evil Santa uses Christmas ornaments to kill people! One particularly gruesome moment has Santa slitting somebody’s throat with a Christmas Tree Star. But to be honest, the film does not go over the top with the gore. We do get a bit of gore splattered all through out the film, but it’s not the films main focus. This film is more concerned with showing us Harry slow descend into madness, shinning a light on the fakeness of the idea of Santa Claus, and establishing great atmosphere. 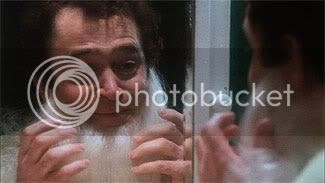 Why had I not heard of this movie before? Probably for the same reason why films like Silent Night Deadly Night and Santa’s Slay are not widely known. Because they make Santa Claus look evil. People don’t like for movies to portray Santa as murderous or evil Any film that does so is guaranteed to live a short life at the box office. For example, Silent Night Deadly Night (1984) though an excellent slasher, was pulled from theaters on the very first week of its release because of raving parents! Some don’t even make it to theaters at all and are sent straight to DVD like Santa’s Slay (2005). A fun Christmas horror film if there ever was any! Apparently, you just can’t go around messing with the cash cow known as Santa. Santa has to retain his squeaky clean image, and it has to remain untarnished and clean so that kids across the world will always dream of getting Christmas presents from him on Christmas Eve. In this way businesses all across the world are assured to make millions, and the economy stays strong. Still, thank god for DVD! 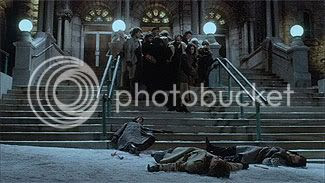 I loved how the film makes an effort to show the fakeness of Christmas. In one scene Santa walks into a Christmas party and begins talking to a bunch of little kids. He begins to explain to them how if they are good, he will give them toys every year to reward them, but if their not, he will give them something horrible! I loved that part of the film because its true. Parents use the idea behind Santa to scare kids into being good “or else you wont get any presents”. So kids begin to learn how to act out of interest rather then being good because its really the best thing for them. Theres another great where Santa tries to go down a chimney, but realizes that this is physically impossible, so he gives up! Another scene shows Santa trying to break into a house to leave some gifts, but in reality, he looks like a burglar trying to break into a house. 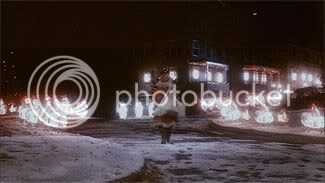 This is a very low budget film, with low production values and laugh inducing dialog, yet it is entirely watchable in my book. It doesn’t forget that it’s trying to be a parody of Christmas and at the same time it criticizes it. What makes it so watchable for me are the complete zaniness of the ideas it portrays! For example, Harry is so obsessed with Christmas that he literally has books where he writes down little boys and girls names and all the good and bad deeds that they performed all through out the year! So next time you want to watch a funny and enjoyable Christmas horror film, don’t pass up Christmas Evil, it’s a jolly good time. 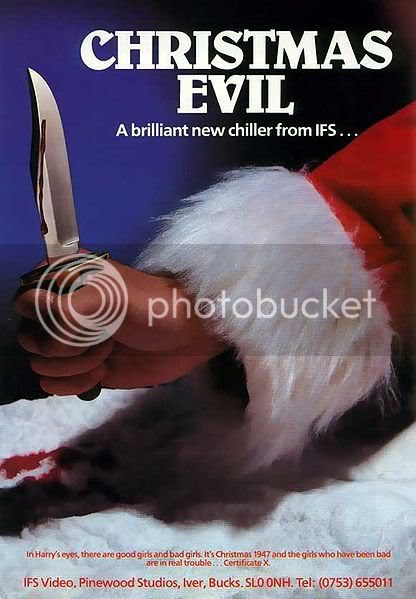 I totally dig this movie. Gotta' love that crazy ending, too.

Its sad that the film was so incredibly mismarketed, because it has receive so much negative feedback since its release. I think this is a smart and very dark film, and I enjoy it quite a bit. GLad to find someone that finally agrees!!

Anyhows, I find it so weird how movies like this one always get the cold shoulder.

The idea of Santa Claus is so worshipped...that something like this is shunned by a large part of society, I mean, when Silent Night Deadly Night was released parents were writing letters asking for the film to be plugged from theaters, the dvd has an extra where you can read a lot of these letters!

You should see some of the reasons parents give!! They really attacked this movie and so it was pulled out of theaters days after its release.