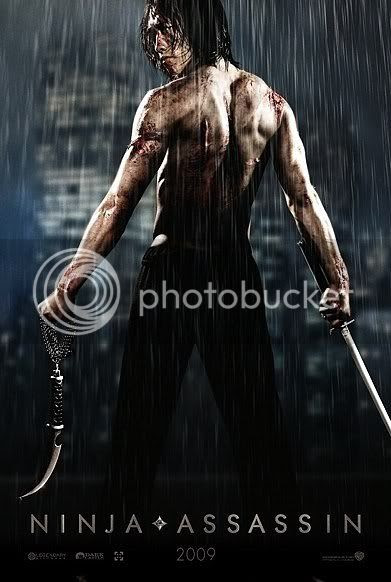 Title: Ninja Assassin (2009)
Director: James McTeigue
Review:
There was a time during the 60s and 70s when Kung Fu movies were all the rave. They were being made left and right and made huge amounts of money in Japan, China and America. Some truly great Kung Fu movies emerged from this craze. Hell, even a catchy radio hit appeared in 1974 called “Kung Fu Fighting” by one Carl Douglas. But amongst all the drivel, and the commercialism, some truly excellent martial arts films arose and some of them are still considered classics to this day. Examples of great Kung Fu movies: 36 Chambers of Shaolin (1978) which is the one that always gets mentioned as being the best of the bunch. And you know, it’s not for nothing. That movie still blows me away every time I see it, it displays some of the best martial arts action that I have ever seeen on any movie. Master of the Flying Guillotine (1975) is another fine example of a truly excellent Kung Fu movie. If you haven’t seen that one, get your ass of that couch and go get it! Youll see where the premise for the Street Fighter video games came from. Another favorite of mine is also, Duel to the Death (1983). On Duel to the Death we not only get Kung Fu, we also get Samurais and yes…even Ninjas! Duel to the Death is one of the best ninja movies out there. If you want to see what a true ninja movie should be like, do yourself a favor and check it out. Amongst these jewels, there was drivel. No doubt about that, but the truly good ones, with great actors and good production values always shined. 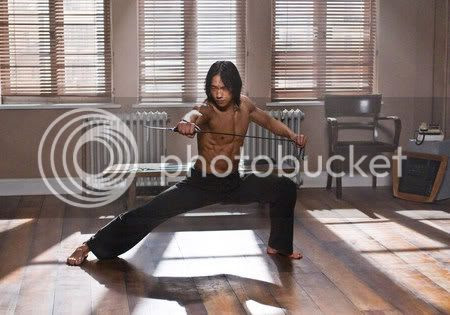 Then came the American “martial arts” films from the 80s and turned ninjas into laughable cartoon characters. Films like Revenge of the Ninja (1983) and American Ninja (1985). These films (and its sequels) had second rate actors in second rate straight to video movies. They had laughable martial arts sequences, with nothing amazing about them. Not many good martial arts movies were made in the United States during the 80s. I mean let’s face it, films like American Ninja are good for a laugh, but can’t be seriously considered as good martial arts films. The only American martial arts film that deserves to be mentioned is John Carpenter’s Big Trouble in Little China (1986). Now there was an excellent martial arts film! It had fantasy and horror elements, great visual effects, but unfortunately, no ninjas. During the 90s, ninjas only appeared in children films like Teenage Mutant Ninja Turtles: The Movie (1990), Surf Ninjas (1993) and 3 Ninjas (1992). These films only helped turn ninjas into something goofy and child like. Suddenly, ninja movies were for kids, when in reality, ninjas were supposed to be deadly killers. They were always the villains with no moral values or honor. They simply did what they got paid to do. 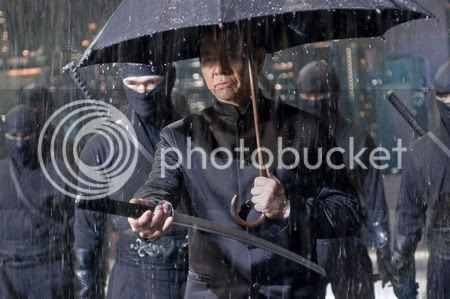 The interest in Kung Fu movies resurfaced with The Matrix (1999) which presented us with American actors doing their own Kung Fu fighting sequences. Tarantino’s Kill Bill films also sparked a bit of interested in these films as well. Apparently, after The Matrix and Speed Racer (which had a bit of martial arts in it) the Wachowski brothers interest in martial arts was still alive and kicking. So much so, that they decided to produce a throw back to those ninja movies from the past called Ninja Assassin. The film I will be reviewing today. Hurray, we finally get a ninja movie again! My question is: Would people welcome the ninja film back into the main stream? Or will people find Ninjas cartoonish, childish and funny? As a kid, I always loved ninjas. I was obsessed with them. I used to draw them scaling walls, and throwing their ninja stars. So of course I was excited when I saw they were making a new ninja movie. I was excited to learn that the Wachowski brothers were the ones producing it and that James McTeigue (the director of V For Vendetta) would be the one behind the camera. But a question lingered in my mind. Would this new Ninja movie live up to the glory days of the Kung Fu movie from the 70s? 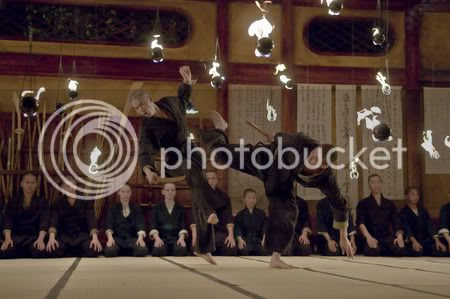 Ninja Assassin is about Raizo, a kid who was raised from childhood to become a Ninja. But he soon hates the ninja way of life and decides to run away and leave the ninja life behind. Unfortunately for him, ninjas don’t like for people to run away from their ninja clan. It’s considered treason, so they hunt him down, looking for a way to make him pay for his betrayal. Meanwhile, there’s an American reporter investigating these mysterious ninja clans who have been committing assassinations for the government for years. Problem is, ninjas prefer to remain in anonymity, they don’t like people to even know of their existence, so they go after Raizo for his betrayal and after the reporter because she’s getting closer to discovering the existence of the ninja clan. 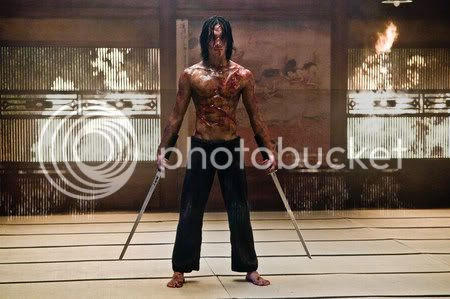 Big question is: did this movie satisfy the Kung Fu fan in me? Well, it half way did. I’m gonna start with the good. The movie has tons of action and martial arts, it’s got good production values, the movie doesn’t look cheap. They got kung fu temples, and dojos and all that. They have a decent story involving revenge (of course) and redemption. I liked the idea of Raizo wanting to cut ties with things he didn’t agree with, he didn’t want anyone to be his “master” he wanted to be his own master. So immediately, I took a liking to Raizo just for that. The actor who plays Raizo is a martial artist known as Rain who also appeared briefly in Speed Racer. He was the perfect guy for this role, he is obviously in the perfect shape to kick some ass. And he has that “don’t fuck with me aura” about him. Rain was obviously channeling a bit of Bruce Lee there. So we got a cool main character to follow through out the movie.

The movie is extremely gory and violent. These ninjas hurl their ninja stars like there was no tomorrow! The ninja star is one of my favorite ninja weapons, and trust me, you’ll see a lot of those in this movie! How they run around and jump while carrying all those metallic ninja stars around I’ll never understand, but they do. Raizo also uses this chain that has a knife at the end of it, which he uses to chop his enemies in half. We constantly see heads, arms and legs flying through the air. This weapon reminded me a bit of the weapon used in Master of the Flying Guillotine which had a similar function. You through it and you cut your opponents in half with it. My only complaint is that when he uses this weapon, most of the time it’s done with CGI effects. Had this been a Kung Fu movie from the 70s, they would have had a real martial artist using a real weapon. I don’t like when they use CGI in scenes that don’t need it. What’s wrong with getting a guy who actually knows how to use the weapon? It would have been that much more exciting to watch. As it is, you know that what you are seeing isn’t really happening, and that most of the blood you are watching is all CGI blood. Hell, even the American Ninja movies had real swords and real guys doing their stunts as opposed to having CGI stunt doubles. But whatever, I just went with the flow. I was having fun with this movie.

Another complaint of mine comes with one of the most important things in a film of this kind. The martial arts. I mean, if the main protagonist is a ninja, shouldn’t he at least be a competent martial artists? It didn’t feel that way to me for some reason. He was good at posing, and looking mean, and jumping from here to there, but real martial arts moves? The kind that makes you say “whoa!” were nowhere to be seen. The problem with me was that they did a lot of the dreadful shaky cam, and the quick cuts that don’t let you see a thing of what’s really happening on the screen. This is one of the things I hate the most on any kind of film. They cut everything so fast and move the camera so much that you can’t really tell what the hell is happening. It’s a good trick to hide lazy filmmaking. That was a big disappointment for me. But of course, there were moments here and there that were cool martial arts sequences, but most of the time, the movie is in shadows, and you cant see things very well. Best part of the film comes when the ninjas go out onto the streets and start following Raizo through a street packed with cars. That was a fun action sequence! And they have an action sequence going on every five seconds, so at least you will not get bored.

It had more or less everything you could expect from a martial arts film. It had the guy being trained in a secluded martial arts temple hidden away in the mountains. It shows us the difficult training procedures that the newly initiated has to go through in order to become the greatest pupil ever. It has the revenge side to it, with Raizo looking to avenge the death of a loved one. But it adds one new angle to it, that of rebellion. Raizo going against everything he had been taught to be truth, which was really the best element this story has going for it. Raizo goes against the ninja way of life. In short, this film has elements from lots of other martial arts films that came before it, but the ones it borrowed heavily from were 36 Chambers of Shaolin and Master of the Flying Guillotine. My only problem is that it was not better then those old movies, when it should have been considering all the advances in technology and filming techniques. 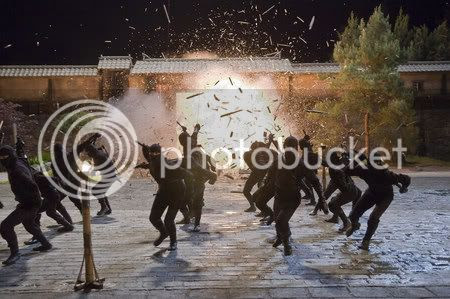 All in all, I enjoyed the film. It was not a disappointment like I had expected. I was honestly expecting something cheesier, like the America Ninja movies from the 80s. As it stands, this isn’t the best Kung Fu movie ever made, but it isn’t the worst either. Its got tons of ninjas, tons of ninja stars flying through the screen, lots of action and stuff blowing up. It’s a fun way to spend an hour and a half, but unfortunately, its not all it could have been. The thing with films, if you’re working within a genre (like the Kung Fu/martial arts genre) your film is supposed to be better then everything that preceded you. If not, you should at least entertain, and that’s the thing with Ninja Assassin. It wasn’t a great martial arts film, but it was a fun ride.
Rating 3 1/2 out of 5 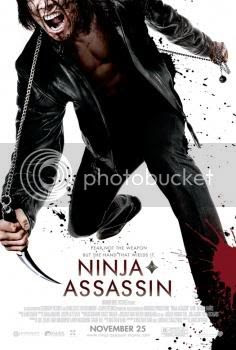 Great in depth and well done review. I have been interested in checking this one out.

Thanks again - all your reviews are really great reads.

Thanks Johnny, I'll keep writing them if you guys keep reading them is what I always say!