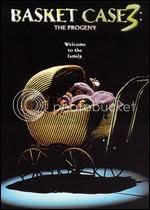 Title: Basket Case 3: The Progeny (1992)
Director: Frank Henenlotter
Review:
In the very first Basket Case movie we met Duane and his freaky brother Belial. Both of em where out on a hunt for the doctors who separated them at birth. You see, they were born stuck together. Duane is the "normal" one and Belial is the freaky one. Belial was born stuck to Duanes torso! And Belial is a deformed little monster who has telepathic abilities which he shares with Duane. In the second film, Duane and Belial met with "Granny Ruth" a lady who devoted her life to helping "unique individuals" (read: the freakiest beings on this planet) to adjust and find a place where they can be accepted for who they are. In this home both Belial and Duane found love! But strangest thing of all is that the "freak" Belial is the one who actually gets some action! If Basket Case 2 was the film where Belial was going to "get some" then Basket Case 3 is the one where Belial becomes a dad! 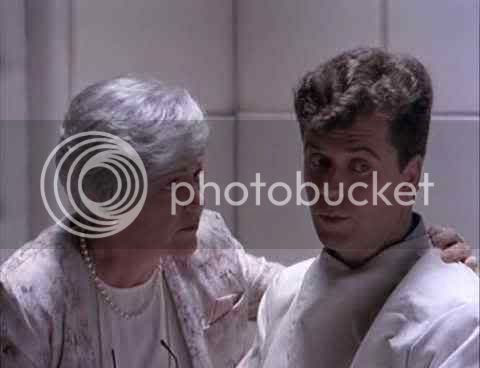 The big attraction for me with the Basket Case films is the continuity they have, one picks up right where the other one left off, so if you’ve seen the previous films, you should enjoy this one a lot. In this installment Belial (the freaky deformed half that was born stuck to Duane) still resides in Granny Ruth’s House of Freaks, and well, his gotten his girlfriend "Eve" (another similarly deformed female) impregnated! That means that Belial’s going to be a dad! Duane is out in the world, searching for his brother Belial whom he hasn’t found yet, you see, Duane and Belial had a falling out of sorts at the ending of the second film. Granny Ruth decides to take all the freaks out on a trip to the country. Unfortunately some people aren’t willing to live with the fact that there’s a whole colony of freaks living in their town, so they go out on a monster hunt to kill Belial and Duane! Will Duane ever reunite with his brother Belial? Will the world accept Belials offspring? Or will they try to kill them off because they are different? 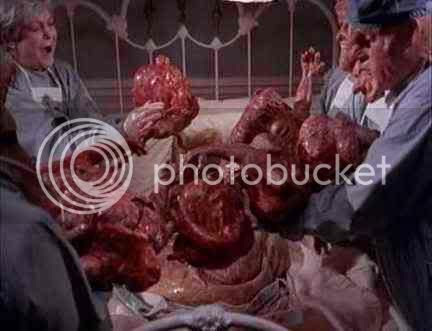 The story behind this Basket Case movie is that Frank Henenlotter didn’t really want to make it. He'd grown tired of the whole Basket Case thing and wanted to make different films. This of course is completely understandable. What’s a filmmaker to do when he wants to make another film then the one producers are willing to finance? You make the one their willing to finance in order to make some cash for your next film, that’s what you do! So Henenlotter did exactly that, in spite of the fact that he didn’t really have his heart on making this movie and he didn’t really get to make that other film he wanted to make. But its weird, for not having his heart set on this movie, he made a very freaking entertaining movie! And he brought that dirty, grimy, dark, grindhouse feel of the first one back! 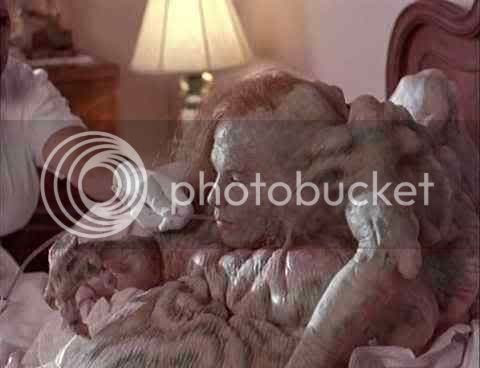 In fact, this might even be a weirder film then the first two Basket Case films! The first movie will always remain my favorite of the three because it’s so grimy. The first one feels like Henenlotter walked up to the darkest dirtiest alley in New York City and said: "Hey! Who wants to be in a movie?!!"  I love it for that alone. People arent "Hollywood Models" on Henenlotters films. Neither are his locations and sets. The second film is weird and freaky, but too squeaky clean for a Henenlotter film, in spite of the fact that it gets its balls back somewhere around its third act. But this third film in the Basket Case franchise goes extremely freaky. It goes back to the dark and dirty roots of the first film and throws out the slick look of the second. Let’s see, Belial has a girlfriend, she gets pregnant and has a bunch of baby Belials! Just imagine that! Meanwhile, Duane meets a dominatrix chic! If you think that’s nuts, wait for the third act where the freakiness goes into high gear! I mean, Belial goes Terminator on a couple of bastard cops who mess with his offspring. The ending has gross out deaths and gags galore. These deaths are are cartoony, gory, silly looking, and insane, but they are extremely entertaining as well. And just when you think things are over...it goes into freaking overdrive! I’m not going to spoil it for you...but Belial gets some help from some of his freak friends and gets an upgrade! That’s all I’m going to say. 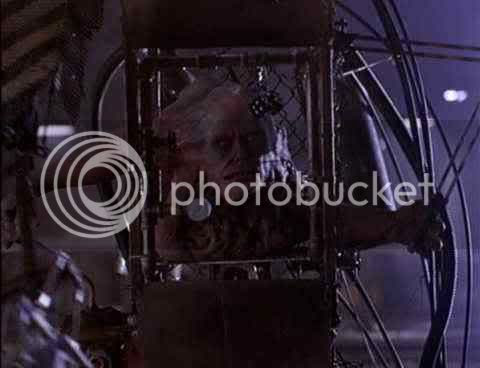 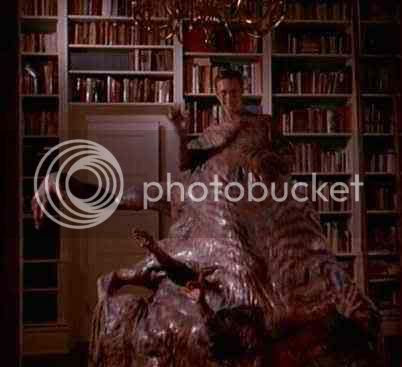 In conclusion, Id say Basket Case 3: The Progeny managed to make things even stranger then the first two films, if that’s at all possible. I mean, saying that this Basket Case film is weirder then the previous films is a bold statement, because the first two are already extremely weird films. But believe me it does. So strap yourselves on tight, and get ready for one weird final chapter for Duane and Belial's freak saga.
Rating: 3 1/2 out of 5

You know it's funny I still haven't seen this one. I was so turned off by the first sequel I just didn't get around to it but now I just may have to check it out based on this recommendation. Sounds like an improvement. Surprised they haven't moved forward with a fourth film or a remake. Awesome reviews of these.

My least favorite BC flick. It's too goofy, even for me. But really, the BC trilogy can't hold a candle to Brain Damage and Frankenhooker!

Hey, Franco...you inspired me to review Frankenhooker this week! Also, check out the bottom of my blog. ;)

I agree with you Dom, both Frankenhooker and Brain Damage are better films then the Basket Case trilogy. Frankenhooker alone is more entertaining..I mean super crack and whores that explode after they take it is about the craziest think Ive ever seen on any movie!

I have to make Frankenhooker a permanent part of my collection!

@Jeremy: Well, dont expect a big budget production. If you dug the first one, then you know more or less what to expect from this third one. That feeling of weirdness...and low production values. But still, entertaining through and through.

Belials exoskeleton, baby Belial's and the ending in the Renaldo show, this movie is purely a cartoon!! I still say the first one is better. They should have ended it their with Duane and Belial falling of that window.

Well, this whole series is a cartoon from the very beginning Manny! When you think about it the first film is all about a guy who is born with a difformed half brother stuck to his rib cage!!

Then his retarded brother was cut from him!

YEt he still had a telepathic connection with his deformed brother!!

Whos eyes light up at night! And he eats humans!!

But I get what your saying man, on this third one, Hennenlotter turned up the juice on the cartoon side of the trilogy, I mena Belial turns into Robocop or something!! And all those baby Belials getting born, that scene is crazy! Its like e gets born right after another and another and another...scene was nuts and it just shows Henennlotter was trying to see how far he could take the freaky side of these movies.

I wouldnt mind seeing a well made remake of this made!! I wonder if it could get done...