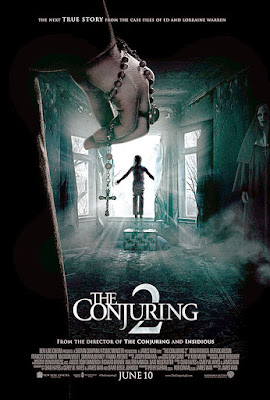 The Conjuring (2013) was one of 2013’s best horror movies, it harkened back to those serious horror movies of the 70’s that made audiences gasp and scream in the theater, then go to church the next day. It was the kind of movie that took advantage of people’s fears of the supernatural, of demons, of Christian mythology. Which means that if you’re a church goer, you’d find movies like The Conjuring extra scary because suddenly demons, possessions and supernatural shenanigans become that much more real. The Conjuring was the kind of horror film that got people talking, it had that “buzz” around it, which always translates to big bucks at the box office. And of course, one successful film is always followed by a sequel that will usually stick to Hollywood’s rules of giving us more of the same, only bigger and louder and with double the budget, which is exactly what they did for The Conjuring 2. Did it manage to be entertaining anyways? Does it avoid the trappings of ‘sequelitis’ a term us movie buffs use to refer to sequels that tend to go down in quality as a franchise moves along? Did The Conjuring 2 suffer from this ailment? 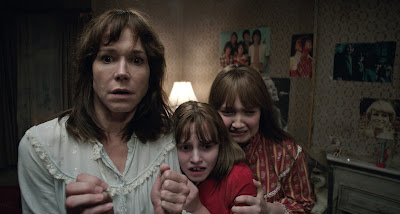 The Conjuring franchise is based on the supernatural adventures of The Warren’s, a couple that specializes in helping others deal with their supernatural problems, in other words, if you ever have any trouble with ghosts, demons or poltergeists haunting your home, you don’t call the Ghostbusters, you call The Warrens. In case you’re not up to date with who The Warrens are, well, let me enlighten you.  Ed and Lorraine Warren are real life paranormal researchers. They’ve been helping families deal with their supernatural troubles since the seventies. Their popularity grew when they visited the real Amityville home, there are pictures of this! Look them up, on your search, you’ll probably stumble upon pictures of the Raggedy Ann doll that had the habit of moving by itself and scaring the living shit out of some family. Said doll ended up being the basis for a film produced by James Wan called Annabelle (2014). Of course, many of these stories are total bullcrap and don’t have an ounce of truth to them. In fact some of them having been proven to be hoaxes. But whether these stories are real or not doesn’t matter because it gives the filmmaker an excuse to put the “based on a true story” slogan on the poster and boom, audiences are crapping their pants even before the movie has started. 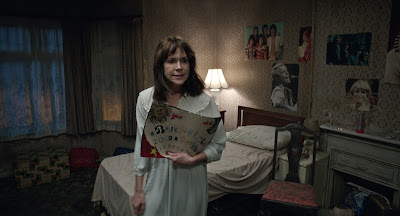 For the Conjuring 2 James Wan decided to focus his story on one of the many cases that The Warren’s got involved with, the one commonly referred to as ‘The Enfield Poltergeist’. Do a little search on this case and you'll find pictures of these cases, the families, their homes, their frightened faces, of course, these pictures will only make the film all the spookier, because these people existed and supposedly experienced something like what we are watching on the film, albeit a bit exaggerated for dramatical purposes. You can even hear the voice of Janet, the little girl who was supposedly possessed by the ghost of an old man. In the recorded interview, this little girl talks in a scruffy voice which will have you believing in demons and possessions in no time flat. The premise for the film is that an angry ghost is terrorizing a family in England and The Warren’s are called in by the Catholic Church to be their unofficial eyes and ears on this thing, to make sure that it’s not a hoax. Of course it turns out to be super real and they end up fighting the specters. Question is,  will they survive the ordeal? 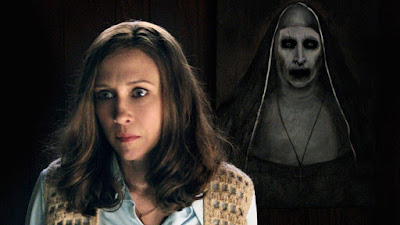 What I’ve always liked about James Wan is that he is a master at orchestrating a good scare. He might not be all that original in terms of the stories he chooses to tell, because most of the time you can tell exactly which films he is feeding from, but when it comes to scaring your pants off, he knows how to do it beautifully! If you've seen other James Wan films, like say the Insidious films, then you'll feel a familiarity here, he uses some of the same scares, but some of the scares are pretty original and well orchestrated, so expect a little bit of the old (like toys moving on their own) and a little bit of the new. And speaking of how Wan feeds off other horror films, The Conjuring 2 feels like a mix between The Exorcist (1973), The Amityville Horror (1979) and Poltergeist (1982), but that’s probably because all of these films are feeding off the same source materials, three  of the most famous “supernatural” stories out there. The possession of Anneliese Michel, which served as the basis for The Exorcism of Emily Rose (2005) and The Exorcist (1973), ‘The Enfield Poltergeist’ which is the case that inspired Poltergeist (1982) and the most famous case of them all, The Amityville Horror case which spawned a whole series of films on its own. What James Wan has done is, he joined all these cases in one huge hodge podge of a supernatural film. Hell, we even get demonic nuns on this one! So when people say that Wan has thrown everything but the kitchen sink in there, they aren’t kidding. 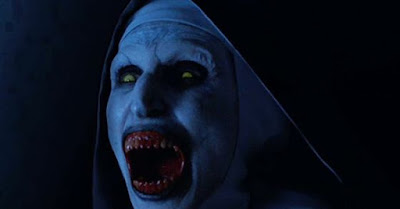 James Wan started his directorial career as a horror director with SAW (2004) and Dead Silence (2007). He even kicked off a successful horror franchise by directing Insidious (2010) and Insidious:Chapter 2 (2013). The Conjuring (2013) was his most successful horror film to date scaring in more than 137 million at the box office on a 20 million dollar budget. When your horror film makes more than six times its budget back, Hollywood tends to give you free reins on what you want to do, they also tend to throw big budget projects at you which is why Wan ended directing Furious 7 (2015). Wan even hinted at quitting horror for good, but I never bought it. It’s interesting he chose to go back to his horror roots with The Conjuring 2 (2016). It means he’s a real horror nut at heart, without realizing it; he’s becoming a true blue horror director, could he turn out to be one of the greats of his generation? Time will tell if he sticks with the genre. His next film is Aquaman for Warner Bros, yet another big budget film that’s sure to be successful, so it looks like we’ll be seeing Wan directed films for a while. But will he return to horror? All I can say is he’s demonstrated great ability at telling horror stories, He’s shown great command over choosing the right angles, the appropriate lighting, the camera movement, the control of atmosphere…he knows how important these elements are, how important it is for it to be raining, for those skies to look gray, for that wind to be blowing and those leaves to be rustling through the grass. He understands the importance of sound and music in a horror films, he knows how these elements work best and he uses them to tell his stories in the spookiest way possible. Here’s hoping he doesn’t give up on the genre! 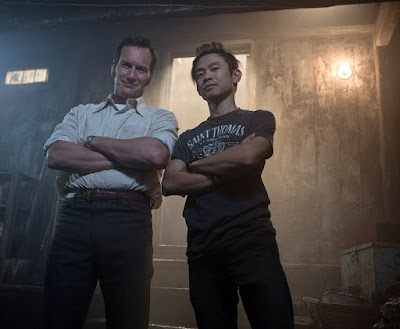 Thanks Zach, I agree Wan's always been good at orchestrating a good scare, let's hope he returns to the horror genre with something new. The whole haunted house, ghosts, other side thing has been stretched out long enough if you ask me. I mean, Insidious and The Conjuring are both very similar franchises. It would be good for Wan to try some other type of horror tale.