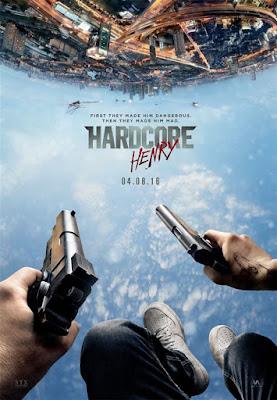 Hardcore Henry is an amazing movie in many ways; first off, let’s start this out by saying that this film was partially funded by an Indiegogo campaign, Indiegogo is a crowd funding website. For those of you who don’t know what crowd funding is, well, basically these are websites in which you can promote your project. You post a target amount that you want to reach and if people like it, they will give you their money in order for you to complete your dream project. Once you reach your desired budget, the site keeps a small percent, and you keep the rest to complete your project. A lot of films have been funded this way. The nazi zombie movie Iron Sky (2012) and Rob Zombies 31 (2016) come to mind. Well, Hardcore Henry was the dream project of Ilya Naishuller, the film’s director. Before this, he’d only directed music videos for his band ‘Biting Elbows’, which were shot in a similar fashion. So impressively enough; this is Naishuller’s first feature film. It’s groundbreaking in some ways, while repetitive in others, either way you won’t be able to stop watching it. 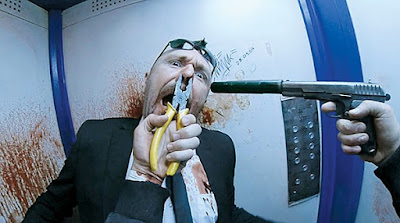 This is the story of Henry, a guy who wakes up with no memory of who he might have been. All he knows is that someone is always chasing him and trying to kill him and that these same people have stolen his wife away, so he has to save her. The innovative element of the film is that it’s all told from the first person perspective. Sure other films have had first person view segments, but this film is entirely told this way, so basically, we are Henry, we are running and jumping and shooting. If you’re a fan of first person shooters, you will absolutely love this movie. If on the other hand you’re the kind of person who gets dizzy or nauseous watching this type of point of view, don’t bother, because it goes on for the whole film. But, if you can take this sort of thing, you’re in for a trip! 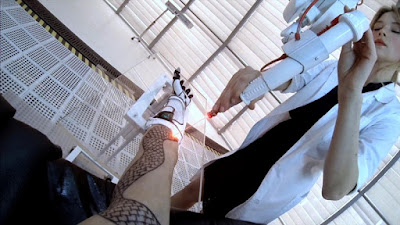 Hardcore Henry reminded me of Robocop (1987)because it’s about a cyborg trying to remember who he used to be, who he loved, so it’s a film in which the main character has an identity crisis. In terms of pacing, it reminded me also of the frenetic nonstop pace of Crank (2006) and Crank 2: High Voltage (2009), if you haven’t seen either of these films, well, basically they are nonstop action fests in which something crazy happens every five seconds in which reality doesn’t really apply. It’s exaggerated action, like that of a comic book or sci-fi film. Hardcore Henry is this type of film, it’s none stop insanity on top of insanity. The cool thing is that when crazy shit happens, you feel it’s happening to you. I dug this element of it, which is what I personally love about first person shooters; you feel things more intensely then on third person games, or watching a regular movie. 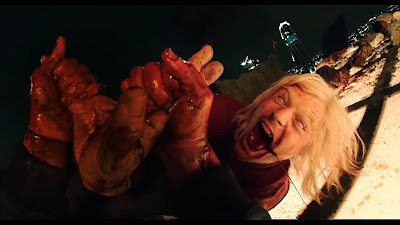 Sharlto Copley steals the show on this one because even though Henry is the main character, we never see him, we ARE him. Who we do see most of the time is Sharlto Copley who plays this crazy scientist who clones himself, so we see different versions of him pop up all throughout the film, each one crazier than the next! This one’s a giant coke head, that one smokes weed, that one is a homeless person and so on. It’s pretty amusing, so it’s basically Sharlto Copley’s show here. But aside from Copley, the real star of the film is the style in which it was made. The movie just keeps blowing you away with the way things were shot. I kept asking myself how the hell they shot some of the scenes! Actually, there’s this one moment in the film, which to me was the apex of the whole thing where I just had to clap, I almost stood up and screamed in movie buff delight at this amazing sequence. It’s towards the finale; you’ll know it when you see it because you’ll be blown away. Does it have any flaws? Well, in this type of film I’m not exactly looking for depth or anything, for the kind of film it is, we get exactly what we’re supposed to get. You never get bored, you get cool effects, none stop action and effects. My only gripe was maybe that there’s so much shooting going on that at one point it feels repetitive. But that quickly dissipates when we go to the next awesome shot. Final word is, I recommend Hardcore Henry. It’s groundbreaking stuff because no film has ever been done entirely in first person, and not only that, the filmmakers truly exploited this angle of the film. They really put Henry in some crazy situations where you get the most out of the whole first person thing. Hardcore Henry is worth going to the movies to see, it was a real adrenaline infused surprise. 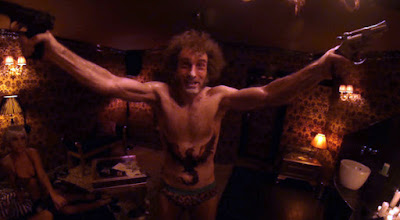 I kind of secretly love Hardcore Henry, despite most critics puking at the spectacle of it. It kept me fully engaged from start to finish! Great review! Glad someone else enjoyed this one :)

I dont even consider it a guilty pleasure,what can I say! I was entertained and blown away, sure it has its flaws, but it was fun anyways.