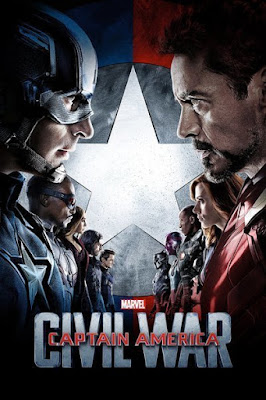 I finally got to watch Captain America: Civil War, one of the most anticipated films of the year and it was quite noticeable that audiences were salivating to see this one, how much? Well, my plan was to see this one on an early screening, during the morning, on a weekday, you know to avoid the crowd. I got there early but to my surprise the first show was sold out! I started to realize that maybe I had underestimated this movie, so I decided I’d better buy tickets for the next show. The thing is this was a weekday, a school day and yet, there was a huge line to buy tickets and it was mostly kids on the line. Kids who were supposed to be in school I might add! My take on it was that Captain America: Civil War was way more important on their list than the math test they had that day. So yeah, looks like everyone and their mother wanted to see this one, which says a lot about the kind of money this movie is going to make once everything is said and done. On this screening of the film people were audibly excited, clapping when Black Panther and Spider Man first appeared, and yelling stuff like “no that movie didn’t just finish there!” Don’t know about you guys but I love watching a movie with a giddy audience. But, excitement aside how was this third Captain America movie?

Well, this time around, same as in a lot of recent comic book movies, the heroes are seen as the villains because they’ve caused so much death and destruction while ‘saving the world’. The government wants to bring in Captain America and his team of sympathizers in order to keep them under control and used whenever they see fit. But Captain America will have none of that. On the other hand, we have Iron Man, who sympathizes with the government and thinks they are right, heroes are out of control and need to be kept in check. Who’s right and who’s wrong? Of course this all leads up to the big battle, which is just as cool as you’d expect it to be. 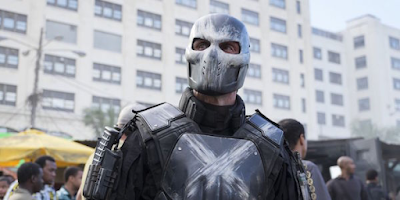 This story line was recently played out in Batman vs.Superman: Dawn of Justice (2016), a film in which the world starts seeing Superman as more of a threat than a savior. And same as in that one, the government wants to exert some sort of control over the super powered individuals. This similarity in plot lines and themes doesn’t surprise me because Hollywood has always fed on each other when ever a new idea pops up. When a new idea is hot, the 'modus operandi' is each studio will put out their own version of it, at the end of the day, what matters is how well they played out their version of the idea. Superman vs. Batman had flaws but I managed to enjoy it. You do get the feeling they could’ve gone further with the whole government trying to control superman thing. Instead, that film focused more on Superman fighting Doomsday and left the whole government after Superman story floating in the air. In retrospect, it does seem like Batman vs. Superman:Dawn of Justice (2016) should have stuck to one story line, maybe it might have had the cohesiveness that this film has, you see Captain America: Civil War stays with its proposed plot line and plays it out well, without introducing a new sub plot every five minutes.

An example of this cohesiveness is the fact that they didn’t really go into the whole Infinity Gems/Thanos plot line that will be played out in the upcoming Avengers: Infinity War films. They’ve been leaving little hints in other movies, and could have easily added something about that film on this one. Instead, there’s not much about the upcoming Infinity Gauntlet story line except for The Vision talking a bit about the yellow Infinity Gem that’s on his forehead. Other than that, this film is solely about Team Captain America, the group of heroes who want to be in control of their actions and Team Iron Man, the heroes who think it’s best to be a government lap dog. Who will win? Freedom or subjugation? Will superheroes be subdued? 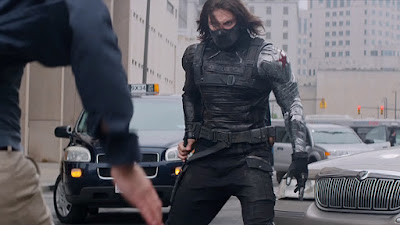 The thing about this Captain America movie is that, it feels more like an Avengers film than a Captain America movie, I mean, look at the credits! This is one gigantic cast! Everyone gets their time on screen, but like I said, there's so many characters on this movie that we sort of lose focus on the main guy, Captain America. That’s really the only flaw I could find on this otherwise perfect comic book film. The action sequences are spectacular, loved that chase down the highway, where the heroes are running faster than the cars themselves, that was a novel approach to a chase sequence. The entire airport fight sequence was like, wow, gigantic in nature and had some unexpected twists and turns. Then of course we get the Black Panther and Spiderman intros, both of which got claps from the audience of mega geeks I saw the film with. I must say, Black Panther was so well introduced, it definitely feels like he could get his own movie, same with Spiderman, who’s portrayal was one of the moments that everyone was expecting the most here. I gotta say I loved this new Spiderman. He comes off as an inexperienced kid learning to be a hero. He doesn’t look like an adult trying to play a teenager, he is a teenager, he talks like a teenager and that’s how it should be. Loved the father son relationship that’s building up between Iron Man and Spidey, that was extremely cool. Another surprise is just how much Spidey is on this movie. I thought he’d do more of a cameo appearance, but he really is a part of the film. Actually it feels like his first try out at being an Avenger!  I’m really curious to see what Marvel will do with Spiderman: Homecoming (2017), the upcoming Spiderman film from Marvel. All in all, Captain America: Civil War is a film jam-packed with goodness, and all delivered in a coherent and thoroughly entertaining way. By the way, this movie has two extra endings, so stay all the way to the end of the credits to see both. Marvel/Disney has got comic book movies down flat, it seems like they get better with each passing film.

Nice review. I think Civil War successfully accomplished everything that Batman v. Superman attempted to do.