When you are on your way to becoming a true Film Connoisseur, you simply have to see the works of certain directors who don’t just make movies for profit, they make films for the purest reasons, the love of the cinematic art form and to explore among other things, human nature. Legendary directors make their films because films can be honest and pure, they can be direct and undeniable. You know how the saying goes “A picture speaks louder than a thousand words”.  And so, here I am once again visiting Akira Kurosawa, one of the greatest directors who ever lived. I’m still catching up with his body of work to this day, but every time I do watch one of his films I am blown away by two things. Number one the beauty of the images, be they black and white or in color, and secondly I am blown away by how intimate his stories are. Kurosawa’s films might be about Samurai’s and temples and epic wars, but he takes his camera and whittles the story down to what really matters: human actions, human emotions, human nature. 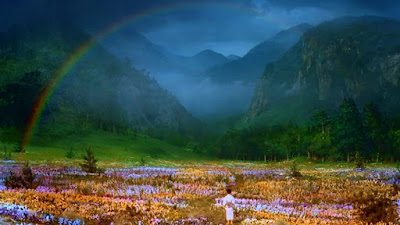 Going into Dreams it’s important to know that it’s an anthology film consisting of eight different stories which are all based on Akira Kurosawa’s own dreams. So this is a very personal film, with Kurosawa touching upon some very personal subject matter. Throughout the film, we have a character simple called ‘I’, who connects the short films. This character is a representation of Kurosawa himself, as he observes humanity. Basically, the film is Kurosawa’s observations on life and how he sees the world. It spans many areas of life, art, war, death, the afterlife, it’s all encompassing. Above all, what Kurosawa’s Dreams does is place a mirror against humanity, begging us to both analyze ourselves individually and as a collective as well. 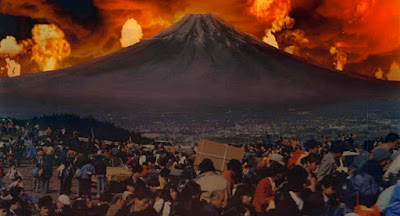 For example, one of the shorts is about a nuclear power plant that blows up. The imagery of this short film is amazing because we see Mount Fuji being engulfed in wave after wave of fire and explosions. Now this story is epic in scale, but Kurosawa doesn’t focus on buildings falling and cars exploding the way that Roland Emmerich would, no, instead he focuses on a group of three people, at the shore, realizing the radioactive fallout is going to kill them and they have nowhere to go. Does life have meaning in their last few moments? Should you give up and commit suicide? Or do you enjoy your last moments of life? This is what I’m talking about! Real human emotions, important situations. The backdrop is epic, but the focus is intimate and personal, which is a characteristic of Kurosawa’s films. 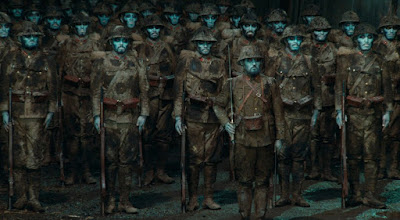 This was a film that Kurosawa was having a hard time getting made because it made revolutionary statements against nuclear energy. Producers didn’t want to produce a film that would criticize the government. So Kurosawa branched out to Steven Spielberg, who convinced Warner Brothers to distribute the film. Kurosawa had things to say about humanity and nothing was going to stop him from making his truthful film. How truthful is this film? Well, for example, on the story ‘Mount Fuji in Red’ Kurosawa basically calls the government ‘liars’ for calling Nuclear Power Plants “safe”. On the short film entitled ‘The Tunnel’, a retired military general encounters all of the soldiers who died under his command, placing the blame on him and his superiors for sending them to their deaths. And these are just two of the eight stories. The thing is that these shorts speak of undeniable truths, however harsh they might sound to whomever. But you know how things go in this world we live in, you say the truth, you get in trouble, which is the reason why I appreciate films that are brave and truthful like this one. 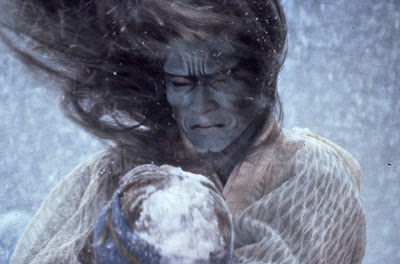 Aside from including beautiful, thought provoking insights on life, the film is also a beauty to look at. My favorite of the shorts has a painter visiting an art museum showcasing Van Gogh’s paintings. The artist looks at the paintings so much that he ends up going inside the paintings, walking through them, and actually meeting Van Gogh himself, who by the way is played by none other than Martin Scorcese himself! This is my favorite short film in Dreams because it talks about the creative/artistic process. Also because Kurosawa managed to successfully recreate some of Van Gogh’s paintings, its amazing. Bottom line is with Dreams you get a beautiful looking film that has a lot to say. It’s the kind of film that a director makes at the end of his career, you know, the kind that resumes everything the director has learned about life, the most important things, the themes that truly, really matter; the actions that have to be criticized; the experiences and emotions that need to be remembered and passed on from generation to generation.  Kind of like what Chaplin did with Limelight (1952) or Ridley Scott did with Prometheus (2012), films that are made by directors at the end of their career, which inevitably turn out more profound than their earlier films, because these directors have lived full lives and have so much more to say. So that’s what Dreams is all about. Kurosawa would go on to make two more films after Dreams: Rhapsody in August (1991) and Maadadayo (1993). With Dreams you get Kurosawa at the end of his career, at his most insightful, giving us his last opinion on how things are in the world. A beautiful, thought provoking film. 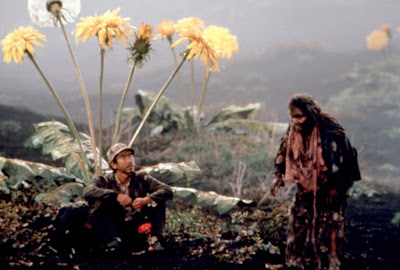 I'm a big fan of Japanese cinema. I wasn't really into this stuff, but after watching Kagemusha I went out and bought everything Criterion Collection had to offer regarding chambra and slice of life movies. My mind was blown. Most of the stuff I really liked and some of the stuff was just good, but required better knowledge of Japanese culture. If you really like Japanese movies, I recommend you check Tampopo. Weird stuff, but funny.

Thanks for the suggestion Sergei, I love weird Japanese cinema, you ever seen House (1977)? Recommend it! It's a haunted house movie, kind of like Evil Dead, but crazier if that's even possible!

Yes, I have it. In fact, I really loved it from a visual point of view. Considering how low was the budget, they managed to pull off some serious shit.

Glad to see a positive review of this one. For some reason this movie really seems to divide Kurosawa fans. It is actually one of the first movies of his that I saw, and I loved it. He really nailed the feel of dreams, especially the way the colors seem to be so damn vivid and the surreal nature of the way they flow. In all honesty he captured the feel of dreams a lot better than Nolan did for "Inception". All in all, this really is a gorgeous movie, and I'm glad to see you loved it as much as I do.

Oh and you mentioned "House" from 1977... yeah that movie is AWESOME! It is like a live action anime. Some of the most creative in camera visuals I've ever seen. Just a total blast. Its become a regular watch in October around our house.