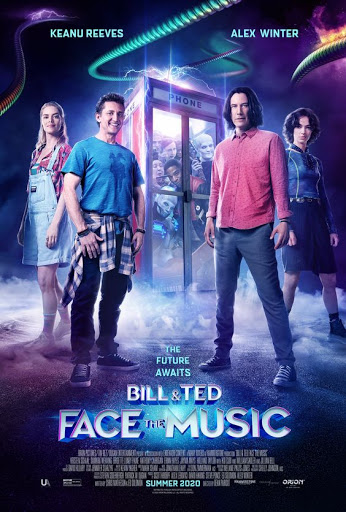 In Bill and Ted’s Excellent Adventure (1989) and Bill and Teds Bogus Journey (1991), we were presented for the first time with Bill and Ted, best friends who are pretty much a pair of losers…with a heart of gold. Turns out in the future, they write this awesome song that’s supposed to bring humanity and the universe together as one. We always wondered what that song that Bill and Ted were destined to compose sounded like, and so, here finally, we get our chance to listen to it and rejoice with the rest of the universe as the third installment in the Bill and Ted franchise finally arrives! 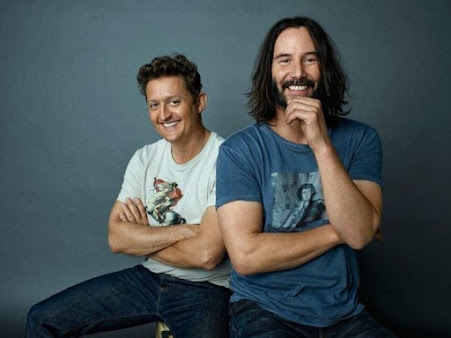 It should not be left unsaid that the current world pandemic completely destroyed any chances of us seeing Bill and Ted Face the Music theatrically. I mean, I hear it’s showing in about 700 theaters across the U.S., but there aren’t many people right now willing to risk getting the Corona virus to see a movie. So how does a film like this one, long awaited by fans around the world, survive? How does it make its money back? Well, thankfully Bill and Ted Face Music will have a chance to make its money through streaming services that are offering the film for 20 bucks to rent and 25 bucks to buy. And just like that the pandemic has changed our movie watching experience. Truth be told, I love going to the theater to see a movie, so that’s never gonna stop for me. But wow, it felt weird seeing a movie that was supposed to be released theatrically, right in the comfort of my living room. I wish them nothing but the best, and kudos to the producers for adapting so effectively to these world conditions, right now, it’s an adapt or die world out there. 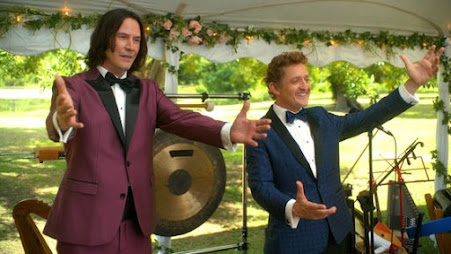 So the question remains, was Bill and Ted Face the Music worth the wait? Hell yeah it was! This long gestating sequel didn’t dissapoint due the fact that it brought back the creative crew behind the first two films, writers Ed Solomon and Chris Matheson, by the way, try and catch their cameo, they have appeared in cameos in all three films! So, one of the best parts about this sequel is that it has a solid script, it doesn’t fall apart or feel sloppy, everything fits because Solomon and Matheson created Bill and Ted, they know these characters better then we do dude. This is a prime example of a film working because it had that essential blue print called ‘a good script’. The film does have elements and gags from previous films, like going to the afterlife and traveling through time to gather famous people, but it also adds a completely new dimension to the film, namely, Bill and Ted growing old. 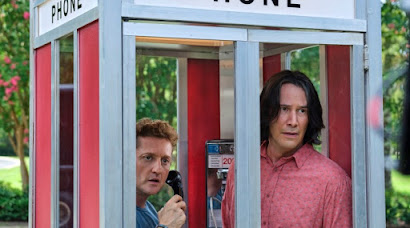 And this is something we see a lot in the film industry today, films pandering to nostalgia. We know it, but hell, we love it. We get to see our favorite movie characters grow old with us. Jay and Silent Bob Reboot and the Star Wars films come to mind. And I get it. Movies from e 80s and 90s where special, they were crazier. Zanier, which equals to a lot of fun. To quote an old man “They just don’t make them like that anymore”. I mean, seriously, try explaining the plot of Bill and Ted’s Bogus Journey to someone and you’ll find out just how zany movies in the 80’s and 90’s were. I miss that zaniness in the cinema, which is why I enjoyed how in Bill and Ted’s Face the Music, the people behind it didn’t forget that. They go gonzo with this one once again and I loved it. 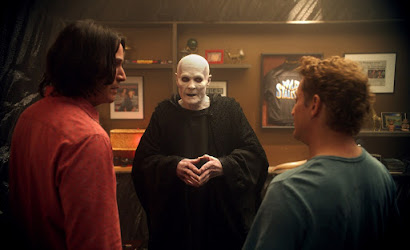 Alex Winter and Keanu Reeves play the characters not missing a step, these guys are Bill and Ted again, they haven’t forgotten how to play these guys. It’s awesome to see them together again. To see them grow as characters, become parents. It was an awesome surprise to see William Sadler returning as Death. Speaking of funny, George Carlin as Rufus (Bill and Ted’s guide from the future in the previous films) was sorely missed, but at least his character is remembered in a cool way. We get interesting new additions to the cast in the form of Kirsten Joy Schaal and Julian Belle, which I love because, hello, let’s start casting actual comedians in comedy films thank you very much. And these girls got the funny bone, they deliver. Then we have Samara Weaving and Brigette Lundy-Paine playing Bill and Ted’s daughters. Some fans got the idea that maybe the movie would be more about the daughters and Bill and Ted would play sort of like a cameo, but no my friends, this movie integrates all characters and Bill and Ted are front and center, this movie is about Bill and Ted! And about their daughters! It’s about who they’d be when they are 50, it’s about achieving our true potential, it’s about family and true love and finally, it’s about uniting humanity in one big song of love, peace and unity and we all could use a little more of that in this crazy world we are currently living in. Movie got me chocked up in the end. Truth be told, I had a smirk on my face through out the whole film. It’s a feel good movie for many reasons. Don’t miss the closing credits were you get to see real Bill and Ted fans playing their air guitars and musical instruments. 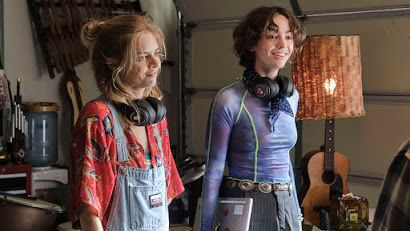 You might think that I got my nostalgia goggles on (and of course I do) but if this movie had sucked, trust me, I would have let you know. I got no problem in saying it like it is with any given movie, even when a film is from a beloved franchise. Terminator Dark Fate (2019) I’m looking at you kid. Bottom line my excellent friends, Bill and Ted Face the Music is a dignified sequel with great effects, awesome production values and Reeves and Winter in top form as Bill and Ted. It didn’t disappoint in the least. Stay all the way to the end of the credits for an extra treat you won’t want to miss. 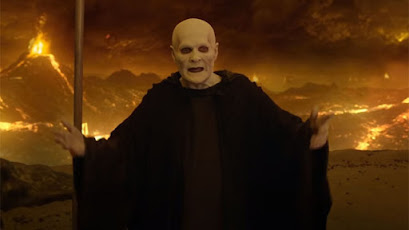