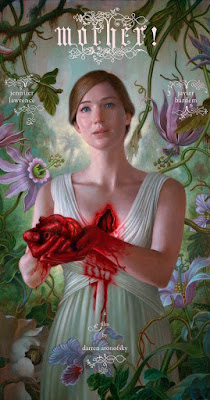 Darren Aronofsky isn’t a stranger to playing with themes of Christianity or religion, in fact, right from the get go with his first film Pi (1998), he was already playing with ideas of religion vs. logic. Even when he did Noah (2014) a film based on the biblical tale of Noah’s ark, he twisted the tale in a way that the film actually turned into a critical view of the bible and its teachings instead of a purely “Christian Film”. When I saw Noah, I felt Aronofksy took many fantastical elements from the bible and slapped Christians right in the face with it. What angered Christians about Noah, and part of the reason why the Christian Community didn’t fully embrace that film was because they couldn’t deny that the “craziest” elements from that film where actually in the bible to begin with. This is why I find that Aronofsky’s newest film Mother! (2017), fits right in there with the rest of his cinematic repertoire. Aronofsky has always had a strong critical voice about religion. So, how do his views on religion show up in Mother!? 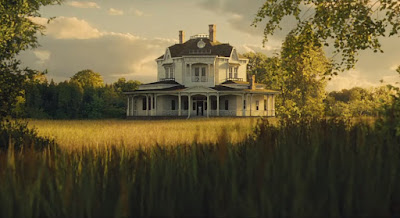 Mother! is all about this couple who lives out in the sticks in the middle of nowhere. All they want is a bit of peace and quiet. He wants peace in order to work on his writing and she enjoys working on improving her home. Problems begin to develop when uninvited guests being to knock at their door to interrupt their secluded married life. Will these people ever stop coming? What do they want? 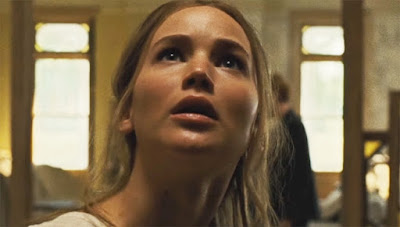 This is not a film to be watched like a regular film, it is not “linear” or even literal in any sense of the word, though it starts out that way. Mother! is a film filled with symbolisms, closer to the experience of watching an Alejandro Jodorwsky film, where you aren’t supposed to follow a story line in the traditional sense of the word, but instead, you are asked to interpret what you are watching so that you can understand what the director/writer is trying to say.  That Aronofksy has made this type of film shouldn’t surprise anyone, after all, this is the director of The Fountain (2006), also a risky film, filled with symbolisms. I say risky because American audiences aren’t used to films they have to interpret. American audiences are used to being spoon fed the plot, so I am not surprised that Mother! received such a cold reception at the box office. Aronofksy knew he was making a hard movie to sell, which is why I applaud him for taking the risk of making an honest film that will make us think. It’s so much more refreshing then repetitive dribble regularly projected in movie screens across the world. 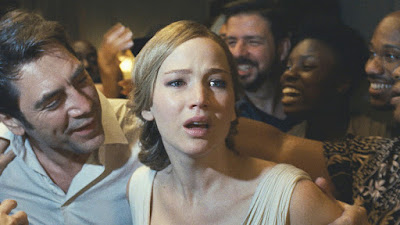 Paramount Pictures actually sent out a press release “apologizing” for Mother! saying that they recognize it isn’t a film for everybody, which is true. What I liked abot their press release was that they didn’t kick the movie in the gut, but rather, stood by it and its filmmaker, defending it by calling Mother! a bold film made by a director and actors at the top of their game.  The backlash from audiences has been brutal, but it’s probably because they don’t understand the film for what it is. I mean, sure its images are shocking, gory, and brutal, but what do they stand for? Could it be that it’s getting this backlash because it’s saying that Christianity is just as gory, shocking and brutal? I’m guessing that’s why it’s being lambasted. Because again, Christianity cannot deny that the savagery seen in the film actually reflects their own beliefs. It’s not nice looking in the mirror and realizing you’re a monster. 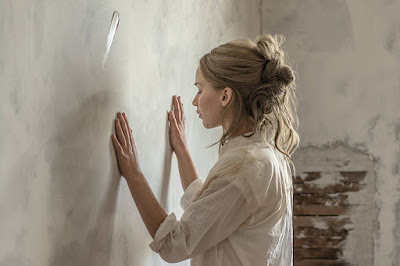 Kudos to Aronofsky for doing this. I mean, I was just as shocked as everyone while watching the movie and it succeeds in making you feel something, even if it is horrendous shock. But if you look past the shock, there’s something profound being said here. Not many filmmakers are as brave as Aronofsky.  People are saying its “the worst film they’ve ever seen” and that they “left the theater before it ended” but it’s not because its badly acted or because it doesn’t look beautiful. Lawrence and Bardem are amazing in it. The film looks as beautiful as any other Aronofksy movie, though darker and grimmer for sure. Still, it’s not a badly made film, far from it. 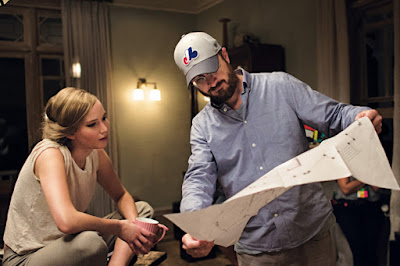 Lawrence and Aronofksy working out a scene

People are saying its “bad” because they can’t take the shock. So if you can take shock, you’ll have no problem. If you can take strong themes, go see the movie. If you despise religion, politics and hive like mentalities, you’ll dig this film. But if you are a Christian, you’ll probably hate looking at your beliefs represented on film and you’ll hate the fact that you can’t deny that this is what the bible teaches. Awesome movie in my book. Go see it, test your boundaries then interpret what you’ve seen. I applaude Aronofsky and Paramount for making bold, different cinema, keep at it. 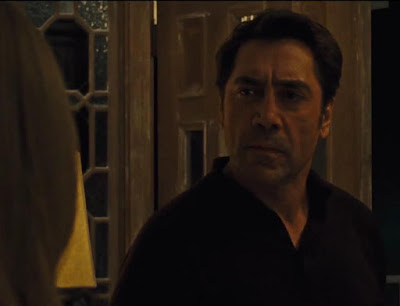 To be perfectly honest with you,I did not enjoy the film at all when I went to see it last month.

The film was strange,weird,and twisted in a fucked up way.

Yeah, it certainly isn't a "feel good" movie thats for sure, but at least it has something to say at least.

Awesome review for an awesome movie. I wanna see it again.