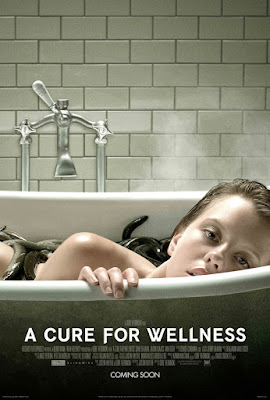 A good place to start this review would be by mentioning that director Gore Verbinski was at one point attached to direct a film based on an extremely popular and successful video game called Bioshock.  Strangely enough I finished playing all three Bioschock games last week! I was so hooked, I had no social life for a while. I played all three games back to back! Upon finishing the Bioshock trilogy I was left with the notion that these games would in fact make fantastic movies and that if Gore Verbinski, a director I’ve come to admire, was going to be the one helming the film adaptation, I could rest assured It would be good adaptation. Sadly, just eight weeks before the film was to begin shooting, and after much pre-production, Universal got cold feet because Verbinski wanted the film to be a hard ‘R’ rated violent film and the studio didn’t want to risk 200 million on a big budget horror film. So Universal Studios pulled the plug on the project. Apparently Verbinski really had an itching to make that film because here comes a not surprisingly similar idea in the form of A Cure for Wellness (2017). So are the rumors true? Is this film heavily influenced by the game? And video game connections aside, was the film any good? 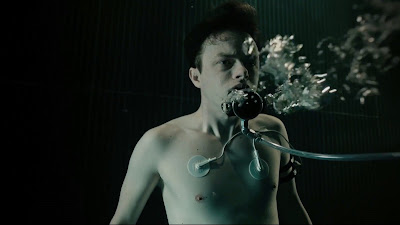 A Cure for Wellness tells the story of a young businessman named Lockhart, who is sent by his superiors to bring back his company’s CEO. You see, the rich old man went on a trip to the Swiss Alps to visit a ‘Wellness Spa’ and ended up never coming back. Lockhart’s mission is to bring him back at any cost because the future of the company is hanging on the balance of this one mission. The mysterious “spa” is rumored to have these curative waters, which can heal people, and quite possibly, give them immortality! Is it all on people’s minds? Or is there something else at work here? Will Lockhart ever return from the Spa that no one returns from? 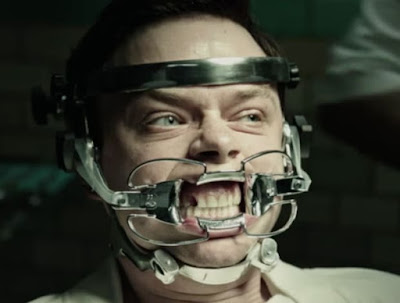 So yes, the film does in fact have many, many things in common with Bioschock. It has leeches, it has lighthouses, it has crazy old people hell bent on “perfection” and beauty. It involves the idea of sucking the life out of people, so yeah, fans of Bioshock will find a special delight in seeing this film because it is in fact sort of like a Bioschock film, without the more expensive elements of the game, like having an entire city underwater. But even though it does have similarities to these games, it’s also very much its own thing. Video games similarities aside, the good news is that I truly enjoyed this creepy as hell movie. It’s the kind of old school horror film that does not in any way rely on jump scares, or cheap loud noises to creep you out.  Nope, these scares are well orchestrated my friends! The last time that Gore Verbinski took a stab at horror was with The Ring (2002) and I remember being blown away by that one the first time I saw it in theaters. It was a PG-13 horror film that showed me that when a filmmaker truly tries, the PG-13 rating doesn’t even matter! Of course, when a film is R rated you can go further and Verbinski really milks his ‘R’ rating in A Cure for Wellness. There are some truly gruesome bits here, but there’s also the intensity of the very adult thematic elements. 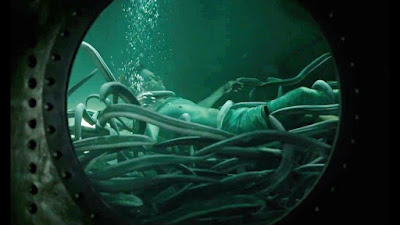 Verbinski gives the whole film this classy vibe, this felt like an old school horror film. How refreshing is it to see a horror film not aimed at teenagers? Where there isn’t a comic relief character saying stupid jokes after something frightening happens? I thank the horror gods that finally, here’s a horror movie through and through, trying its hardest to creep you out by slowly building on the terror and the paranoia, instead of treating us like idiots. So my hats down to Verbinski, this felt like a true horror film. It sinks you into the horror and then goes further, darker. The atmospheric elements on this film were handled splendidly. I notice how hard Verbinski was attempting to hold onto that dreadful atmosphere all the time. He made sure there were gloomy clouds, lonely hallways, creepy looking characters, a dreadful color palette. To me the best horror films are those that don’t let go of the atmosphere, as an audience, we like to stay in that spooky world and we want that spooky vibe all the time, and on this film we get it. From the spooky castle at the top of the hill, to the gloomy weather and the spooky ghost like young girl that looms around the spa, Gorvinski was trying to evoke doom, dread and isolation. He achieved it in my book. From a visual standpoint the film is fantastic. Verbinski succeeded in creating amazing visuals with this one. Like Kubrick, you could pause many moments on this film and they’d feel like a painting. There’s a lot of play with colors on this film, but not the kind that pop out, instead this film shows us muted colors that send the image of death and decay to our brains. And if its not grimmy dirty, its neat and almost too perfect. A clinical sort of perfection, which augments how some of the characters search for it. 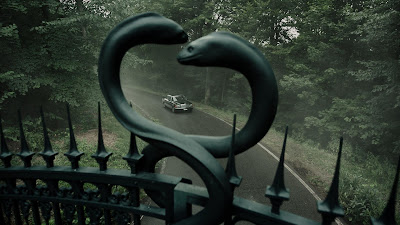 And speaking about the films influences, well, they were all over the place. Starting with the most obvious one: Robin Hardy’s The Wicker Man (1973). A Cure for Wellness definitely follows that formula  in which the main character is falling into the spider’s web, little by little. He doesn’t realize what he is getting himself into until it is too late. It brought to mind other films like Kubrick’s Eyes Wide Shut (1999), Martin Scorcese’s Shutter Island (2010) and even Roman Polansky’s Rosermary’s Baby (1968), the latter when it comes to the music on this film, which is perfect on certain scenes. So yeah, I loved it to death. It’s a film that explores the very nature of religion and why it exists. Why are people afraid to leave a cult? Why do we end up feeling like religion will save us? Why do we search for it? Do we need it? So here we have a film that plays with important themes, it’s not just another empty horror film. On the downside, the film does run for two hours and a half, I personally didn’t mind them because I find this theme fascinating, but I’m sure some audiences will grow impatient. My best advice would be to go into it expecting a slow burner that at the end will be worth the trip. At times I felt it was going too slow for its own good, but then bang, it reeled me in again. I saw it last night and ended up dreaming I was in that damned spa! Also, I feel like a second viewing is needed to truly absorb this one, it has a lot of story to it. Basically, I was a satisfied costumer with this movie.

I loved Bioshock Infinite, it took a while to get used to it, because it changed quite a bit from the first two games (specially in regards to how many weapons you could carry) but I had a blast with it. Visually it was astounding for me.