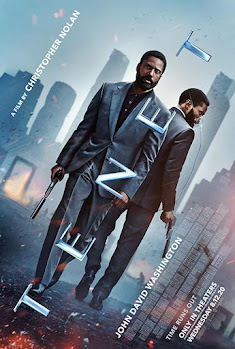 Christopher Nolan has always had this air of pretentiousness about him as a director. By that I mean that he makes movies that don’t spell things out to audiences and he makes no apologies about it. Either you are smart enough to “get it” or you’re a dumb fuck who has to play catch up with the rest of the smarties. I mean, all his movies are like this. Inception (2010), Interstellar (2014), hell, even his take on Batman had that air of smarty pants about it. Me? I always found his movies wanting to appear smart, but truthfully just hiding behind a lot of meaningless dialog disguised as intelligence. Okay, I’ll admit it, I’m not a Nolan fan. His movies feel like a giant asshole of a film snob made them, you know the kind that won’t talk to you because you don’t know who Jodorowsky or Kubrick is? You don’t deserve to “get it” if you’re not on his level, if your're not in ‘the know’. 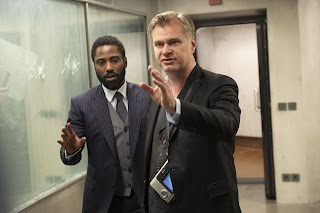 That’s how Tenet feels. It’s as if Nolan said I’m gonna brush up on my time travel and quantum physics and then I’m going to make everyone feel like an idiot for not getting it. This is his most pretentious one yet folks! His attempts at getting us to understand what the hell is going on in the film are feeble. I mean, how do you know this is a convoluted film? When a scientist whips out a white board to explain something to us that’s how. Last time I saw that was in Back to the Future II (1989), when Doc Brown attempts to explain alternate timelines. Tenet feels like this one time I took a university class, but the professor was a shitty professor who didn’t care if you understood what he was teaching or not. I remember raising my hand an asking “this is an introductory class?” I mean, I could attempt to explain to you what this three hour movie was about, but I tell ya, for most of its running time I had a sand grain of an idea of what this movie was about! 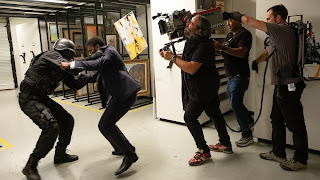 I had reached the hour and a half mark of the film (halfway through) and I was still screaming in my head “what the hell is this movie about?!” I was frustrated it. But then came an action scene and I was wowed. I mean, there’s no question about it. Nolan can orchestrate an impressive action set piece. And here I counted about three or four of them, and true they were amazing, but I didn’t really know what we were fighting for. Who where these guys working for? What are we doing here? Oh but it looks awesome, looky, everything goes in reverse! I’m not gonna lie, those time travel sequences, where things are going in reverse except the main characters were cool to look at. And I get it when directors don’t want to spell things out. It’s supposed to be a good thing. Because it means the filmmakers aren’t taking us for granted. I can accept this to a degree, but come on, any filmmaker must understand that you have to explain things in an understandable fashion to your audience so they can come along for the ride. So they can buy into your logic. This can be done without spoon feeding your audience. But Nolan’s way is no explanations given. About half way through you’ll be saying “dear god, I better start getting it soon because its been two freaking hours already!” Now here’s the deal with Tenet, even though I was frustrated as hell and I just wanted for everyone to stop talking all this white noise bullcrap, I stayed glued to it till the end. I didn’t get up and walk out, though the idea did pass through my mind. Did I get what the movie was about when it reached its end? Well, sort of. It was about girls right? Kidding. 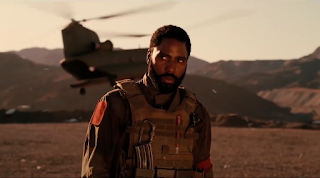 Bottom line is, if you survive that boring ass first hour were people are endlessly talking about things you won’t understand and in various accents (I counted about 5 different accents) then maybe you will by the end of its running time have a mild inkling of an idea of what this film was about. Time travel, destroying the world….and that’s about it for me. Um, I don’t even know what ‘Tenet’ means! Here, here, I know what you’re thinking. This guys an idiot, he’s one of the ones who “don’t get it”. Well, anyone who knows me can tell you that I love dissecting movies and hidden meanings and symbolisms in films, which is precisely why I was so frustrated with this one. So to sum things up, this is not a bad movie, it has its extremely entertaining spots, but it certainly will defy you to understand it. It warrants more than one viewing. It reminded me of the first time I watched The Big Lebowski (1998) or Inherent Vice (2014), films that you’re not supposed to try and understand from a first viewing. Your supposed to enjoy the shenanigans, not the meaning. These are movies your meant to understand after seeing them for a tenth time. Who knows, maybe years down the line I’ll be like “what a bafoon I was, I totally get it now!” But upon my first viewing I have to say that Tenet was an extremely frustrating film that had some very entertaining and awesome action set pieces. Good luck ‘getting it’ my friends! 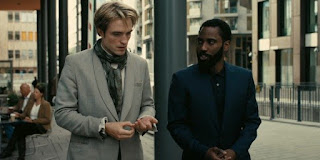