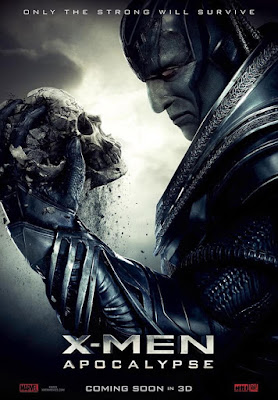 Bryan Singer’s X-Men: Days of Future Past (2014), was a step up from the Bret Rattner directed atrocity known as X-Men: The Last Stand (2006), the worst film in the entire X-Men franchise. Sure it had its moments, but overall, there’s no denying it was a dud. X-Men: Days of Future past wasn’t perfect either, it needed that little extra oomph to make it perfectly awesome, which is something that director Bryan Singer has fixed with X-Men: Apocalypse (2016), which as it turns out is now one of the best in the franchise. To be honest, I went to see Apocalypse expecting another run of the mill X-Men film, something fun but not exactly memorable, yet Bryan Singer proved me wrong. The X-director took this opportunity to blow our minds away! Yup, I really dug this one! 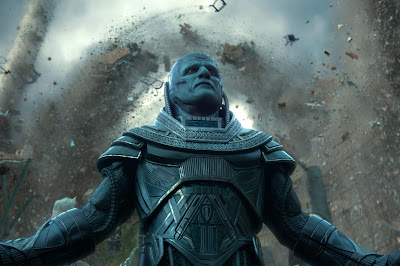 If you remember the after credits sequence that appeared in X-Men: Days of Future Past, we saw a blue skinned individual, high above a sandy dune in Egypt, building a pyramid with the power of his mind. In the background, four horsemen oversaw the whole thing. Well, X-Men: Apocalypse picks up a few years after this, when this individual has turned into the ultra powerful first mutant known as Apocalypse. He has amassed a cult following that worships him as a god, but like any god, he has a few detractors who would rather see him dead, and so he ends up buried underground for a myriad years. That is until a group of modern day followers resurrects him and Apocalypse’s plans to destroy and rebuild our world are put into motion once again. Will he manage to destroy our society?  Or will the X-Men have what it takes to stop him? 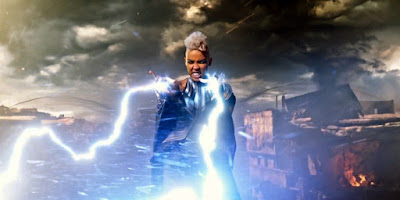 There are many cool things about this film, but one of them is that it takes place during the 80’s, one of my favorite decades. This lends itself to many cultural references to that era, so keep your eyes peeled because there’s a lot of those! Keeping true to the whole 80’s vibe, even some of the characters look the way they did during the 80’s, for example Storm looks the way she did in the comics during the 80’s with her white Mohawk! Speaking of this whole thing about the film taking place during the 80's, we can see a pattern forming. X-Men: First Class (2011), took place during the 70's, X-Men: Apocalypse (2016) during the 80's and from what I hear, the next one will take place during the 90's. It's a cool gimmick they've been fooling around with. On this one we even get Angel done right! We even see how he gets his metallic wings, which happens exactly the way it did in the comics. Speaking of this film being like the comics, there are a lot of moments taken right out of some of the best X-Men stories! There are hints to the Dark Phoenix Saga, which will apparently be explored in future films and done right, not half assed like in X-Men: The Last Stand (2006). And there’s a whole segment dedicated to Barry Windsor Smith’s epic Wolverine storyline Weapon X. 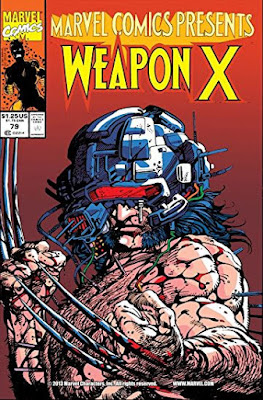 And speaking of cool things that happen on this film, I’ve always been a huge fan of Barry Windsor Smith’s Weapon X storyline, it’s one of the goriest Wolverine stories ever drawn. On that story we see Wolverine in a beast-like form, as he is awakened for the first time after he is given his adamantium claws. He storms out of a secret lab, slashing and maiming every single foot soldier that gets in his way. Well, Bryan Singer has brought that comic to life and incorporated it into this film and it freaking blew me away to see Barry Windsor Smith’s classic artwork coming to life on this film! Some might not be happy with the fact that the Weapon X storyline was reduced to a mere segment on X-Men: Apocalypse. The Weapon X storyline is so seminal, so good that it should have gotten an entire film dedicated to it instead of a segment sandwiched into X-Men: Apocalypse. I agree with these sentiments wholeheartedly. Weapon X would have made the basis for the perfect Wolverine origin story, instead of the god awful X-Men Origins: Wolverine (2009) movie we got. Still, I was happy to see it as an extended showstopping sequence in X-Men: Apocalypse.  Wolverine fans, strap yourselves on tight! 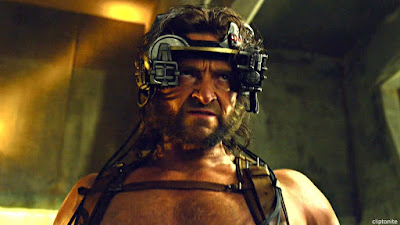 Another great thing about X-Men: Apocalypse is that it’s well acted and written. I dug Magneto’s storyline, it’s so personal, so dramatic. It humanized the character a lot, it makes us sympathize with the villain once again. And once again, Fassbender steals the show as Magneto.  Performance wise, this is one of the best X-Men films in my book. Then there’s the show stopping scenes in the film, of which there are many. Its one showstopper after the next, every character gets a moment to shine; every one of them shows the full capability of their powers. Once again, Evan Peters as Quicksilver gets not one, but two amazing scenes in the movie! He moves at lightning fast speed to the tune of an amazing song! Not gonna spoil it for ya! Point is, not a moment is wasted on this film, there’s no boring filler on this one, this one is jam packed with action! 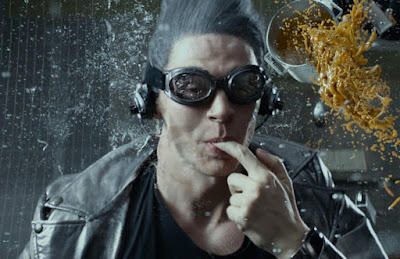 I’d forgotten that it was Oscar Isaac playing Apocalypse, and while watching the film, I didn’t realize it either because he is unrecognizable under all that make up, but in my opinion he delivered. Sure the only downside to this film is how Apocalypse looks; they should’ve done something closer to how he looks in the comics instead of redesigning him so much. It’s true, sadly he does look like a Power Rangers villain. On the upside of things, Isaac’s performance as Apocalypse is good enough that you’ll forget all that jazz and just enjoy the movie. On a final note, I do not understand how or why this movie has gotten such low numbers on Rotten Tomatoes even before the film’s release. If these numbers are based on critics reviews, I wonder if the critics saw the same film I did because this movie rocked! So screw that noise; in my opinion this film is extremely solid and highly entertaining! Bryan Singer has made one of the best in the series with X-Men Apocalypse, trust me, you will not be disappointed! 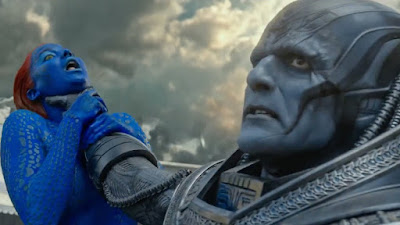 Fuck yeah! An X-Men movie that we deserved.

Honestly, I don't get the negativity in the media about this movie, it doesn't deserve it at all, this movie is awesome all the way, Bryan Singer delivered. Go see it in theaters!

Yeah. People talk too much shit about great entertaining movies. Have you seen Warcraft? I personally really liked it but the critics are raging all over this flick.

Haven't seen Warcraft yet, want to give it a chance but it looks like a CGI overdose. Who knows it just might be good, I like to give most movies the benefit of the doubt. In the case of Apocalypse, it doesnt warrant all the negativity, it's an awesome movie.