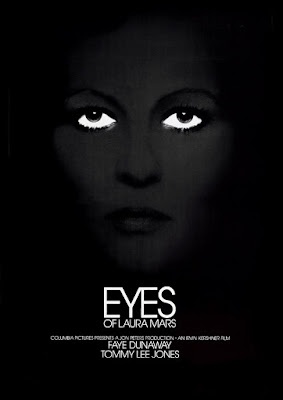 Have you ever seen an Italian ‘Giallo’? ‘Giallo’ is the Italian word for yellow, and when we talk about an Italian Giallo, we’re referring to an Italian thriller. These kinds of films were named ‘Giallo’, because they were similar in nature to these cheap paperbacks mystery novels that were printed in , and these cheap paper back thrillers all had yellow covers on them. Dario Argento, Mario Bava, Michele Soavi and Lucio Fulci are some of the best directors to have made Italian Giallo’s. Films like Deep Red (1975), Blood and Black Lace (1964) and Stage Fright (1987) are some great Giallo’s that you should give yourself a chance to see. These films all have something in common: they are all about a killer hiding in the shadows, just beyond our sight. Usually this killer is chasing after a girl; to kill her. On these films most of the time we only get to see the killers hands, we never see the killer itself.  The question in your mind during the whole film is “who the hell is the killer?” This is why, while watching Eyes of Laura Mars I felt like I was watching an Italian ‘Giallo’, it has all the elements we can come to expect from this type of film. 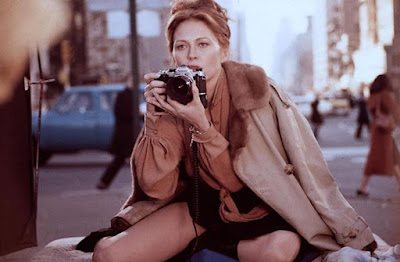 Eyes of Laura Mars is all about Laura Mars, a world famous photographer whose violent and sexual pictures keep her in a maelstrom of constant attention and controversy. While many love her pictures and consider them the epitome of art, others find them offensive and repulsive. The media seems to think they glorify violence and objectify women. But whatever, Laura’s an artist and ultimately doesn’t give a damn what the public thinks of her work as long as she satisfies herself as an artist and her pictures sell. Problem comes when a copycat killer begins to commit murders that look a heck of a lot like Lauras violent pictures; in fact, the murders are made to look exactly like her pictures. At the same time, Laura begins seeing visions from the murderers point of view. She sees the murders as they are happening! Why is this killer imitating her photographs? And why does she see these visions? Are they to be trusted? 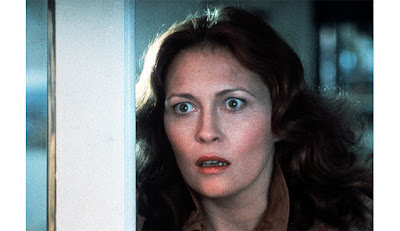 I really enjoyed this one. It’s yet another solid horror film from the 70’s; the decade that produced some of the classiest horror films ever. What stood out the most about this movie for me was the awesome cast. Faye Dunaway had just won an Oscar for her participation in Network (1976) when she made Eyes of Laura Mars,  so we have on Oscar winner in the main role. We have a very young looking Tommy Lee Jones, playing the role of the cop who’s helping out Laura uncover the mystery behind the murders. Raul Julia is on this one in a very small role as Laura’s ex-husband, but he is there. Hell we even have Brad Dourif playing Laura’s ex-convict limo driver. A very solid cast in deed! This is something that I loved about the horror films of the 70’s, they were taken seriously. Horror movies didn’t have an all young cast; they had mature actors who took their movie seriously. Not some young ‘it’ boy or girl who’s in the movie just to look good as they die. Yet, while the film relies on a strong/mature cast to move its story along, it is also populated by some beautiful looking young models at the height of 70’s New York Fashion. 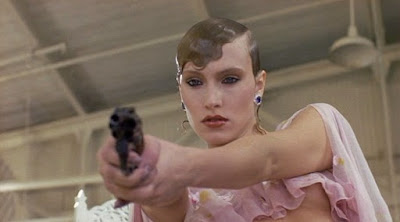 This is something I appreciated about the film, that it felt very, very . I mean the whole film takes place in of the 70’s, it took me back to when I lived there. back then was equal parts grimy and modern, depending on which street you walked down. Eyes of Laura Mars has that feeling to it, flashy, worldly, decadent and alive. One scene has Laura doing a photo shoot right smack in the middle of ’s , with models having cat fights as cars explode in flames behind them! Without a doubt, this has to be this films most popular moment. And that’s another thing the film captured well, that 70’s fashion scene, with glamorous models, chic art expos and expensive photo shoots. 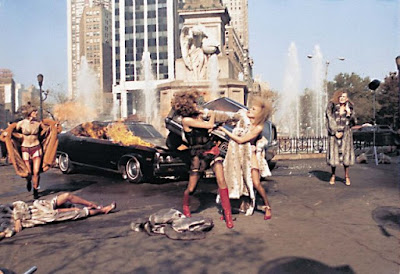 Eyes of Laura Mars was the film that gave Irvin Kershner the opportunity to direct The Empire Strikes Back (1980) for George Lucas. George was impressed after seeing a rough cut of Laura Mars and so he asked Kershner to direct Empire. Kershner was reluctant at first because he thought he was too old for the job, but Lucas told him he chose him because he knew everything a director should know, and that he wasn’t . Eyes of Laura Mars was a very well directed picture, it had some shots that made me wonder how they were done, especially towards the ending which takes place in a room full of mirrors. There was some interesting imagery there, in those scenes Kershner chose to play around with images, reflection and broken mirrors. It brought to mind a bit the ending for Enter the Dragon (1973). Also, Eyes of Laura Mars has one scene that was unexpectedly tender, because to my surprise, this film has a bit of a romance in it as well. The scene has two characters falling in love and they muse about finding that special someone in life, and about how terrifying life can be if you don’t recognize and find that special someone to go through life with. A totally unexpected tender moment so well acted and directed, holding such beautiful insights on life. Kershner was a very competent director and this movie shows it. 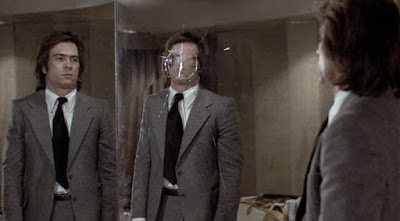 And finally, another great thing this film has going for it is that it’s screenplay was written by John Carpenter. This probably explains why the film draws so much inspiration from Italian Giallo’s. Carpenter has always been a fan of Italian Giallo’s, in fact, what is Carpenter’s Halloween (1978) if not an American Giallo? Same thing can be said of Eyes of Laura Mars, a great example of how Italian slasher films influenced American filmmakers; and that on itself is something very interesting because normally, it’s the other way around. It’s usually the Italian ripping off American cinema. But this Italian influence explains why on Eyes of Laura Mars we have all these shots from the killers point of view; Carpenter and Kershner were both influenced by the films of Argento and Bava. In closing, Eyes of Laura Mars is a great example of a Giallo, its well directed, well acted and has some very cool twists to it. It kept me guessing all the way to it’s  chilling climax. 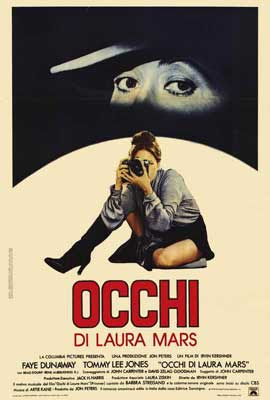 The Italian poster for Eyes of Laura Mars

Nice review. Completely agree, this is a nice little thriller. I reviewed it the other week and thought that despite it only being co-scripted by John Carpenter it felt very much like his film.

Indeed, it has a little bit of Halloween in it. I just think with movies like this one and Halloween, it's blaringly obvious how much Carpenter worships Italian Giallos.

I was surprised how much I enjoyed this one.

Yeah, between Giallos and Westerns I can't imagine Carpenter watching anything else. Weird he made so many of the former and none of the latter.

I think he watched a lot of Kung Fu movies as well, cause Big Trouble in Little China is one huge homage to them, in fact, speaking about Kung Fu movies and westerns, I read that Carpenter's original script for Big Trouble In Little China was going to be a western, taking place in the old west and everything. On that version he was concerned about saving his horse instead of his truck!

When you think about it, Big Trouble in Little China would have worked fine like that!

Actually, I just ordered a flick called El Diablo (1990), it's a Western script Carpenter did write but didn't direct. Should be interesting.

Holy crap, John Carpenter actually wrote a western?! I didnt even know that! I'll have to check out the info on that one, thanks for the heads up Jack!